What can you do when you’re a stray cat and end up becoming a mom?Every mom wants what’s best for her little one, and the streets are definitely no place for a little kitten. They need safety and comfort – not danger and uncertainty.Recently, a stray momma cat found herself facing this exact problem, but luckily, she had some great friends to fall back on.

A woman named Courtney and her boyfriend Jake were touched when a stray cat in their neighbourhood took a shine to them.Courtney and Jake first encountered the stray while out on a walk, and the friendly stray soon started tagging along pretty much every time they took a stroll around the neighbourhood.For being a stray, the kitty was surprisingly affectionate, and she craved pats and cuddles.

But she was also something of a free spirit, and once she’d had her fill of affection, she would wander off to do her own thing.

Courtney and Jake became so smitten with the tabby kitty that they began putting out food and water for her, which made her love for the couple even deeper. 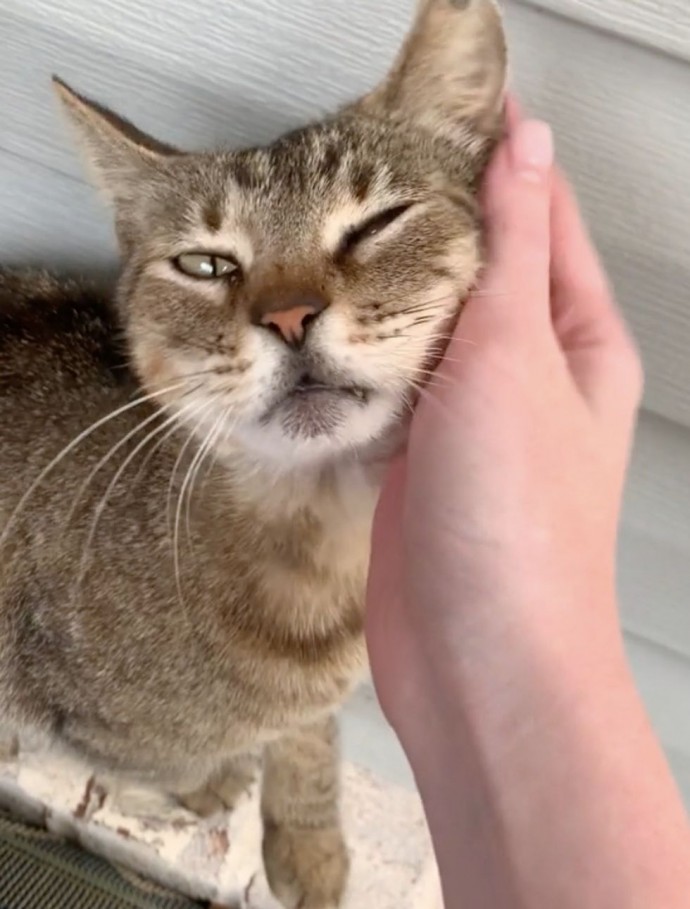 She appreciated everything they did for her and quickly became their biggest fan.

Courtney and Jake nicknamed her “Queso” and grew accustomed to seeing her hanging around their home.

But one day when they came home, Queso wasn’t alone.

Queso had grown to love and trust the couple so much that she decided to trust them with something extremely important; raising her baby. 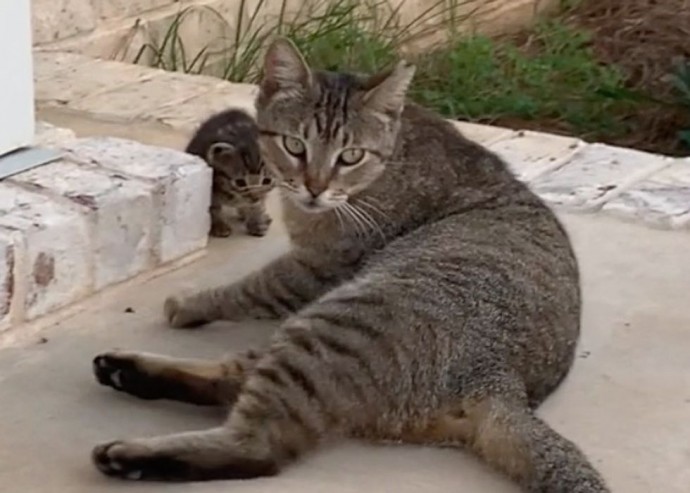 And so, Courtney and Jake came home to find Queso waiting for them with a little kitten in tow.

The couple invited the new mother and her baby into their screened-in back porch for some privacy and provided them with everything they needed to feel comfortable.

Queso was extremely pleased and showered the couple with love and cuddles.

But the kitten, unfortunately, wasn’t doing too good.

Courtney and Jake brought the kitten to the vet for a check-up, and the vet told them that the kitten was underweight.

They were instructed to bottle-feed the kitten as it wasn’t getting enough milk from Queso. 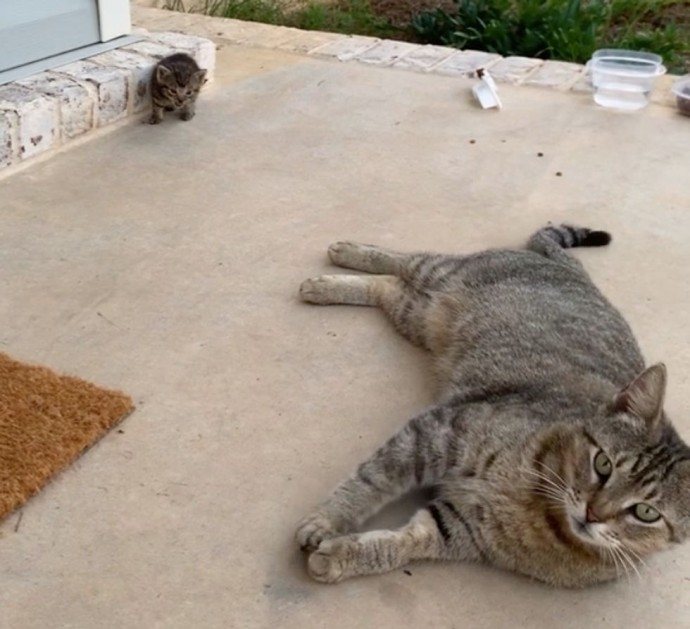 However, they soon realized that Queso wasn’t interested in co-parenting; she’d intended for Courtney and Jake to take over her parental duties.

Queso wasn’t ready to be a mother or a house cat – and definitely not both. She longed for freedom but wanted to make sure that her kitten was being taken care of.

Now, the kitten had two perfect new parents, and Queso was ready to leave her baby in their loving and competent arms.

Courtney and Jake decided to have Queso spayed, to avoid any future accidental pregnancies, and then let her return to the life she knew best.

The couple named the kitten “Beans” and she’s been absolutely thriving.

“Beans has gained almost two ounces since we took her in and is starting to play with toys and me,” Courtney told Love Meow.

As for Queso, she still comes to see them regularly for some love and attention, and she seems very pleased with the whole arrangement

We’re so happy that Queso felt she could trust Courtney and Jake to care for her sweet baby Beans, and that everything worked out for the best.

This sweet story has touched many hearts and brought up some cherished memories.