All over the world, dogs and humans form strong bonds of friendship. From comfy couches to battlefields far away, the true noble spirit of dogs shines through when given a chance.Even in the worn-torn country of Iraq, a homeless dog waited for someone to show him love. He had been stabbed, had his ears chopped off, and had no name but he still had hope that someone would save him.

That someone came along one day with three Humvees lumbered to a stop in the desert where the dog was. A Marine, Major Brian Dennis, noticed the dog and approached him. Soon he earned the dog’s trust and was sharing his food with the hungry pup, who he named Nubs.“As soon as I met him, he just kind of jumped up and I started playing with him,” Dennis said.

“The first time we ever met, he just kind of flipped over. I started rubbing his belly. Really, my whole team, we just kind of bonded with him as soon as we met him.” 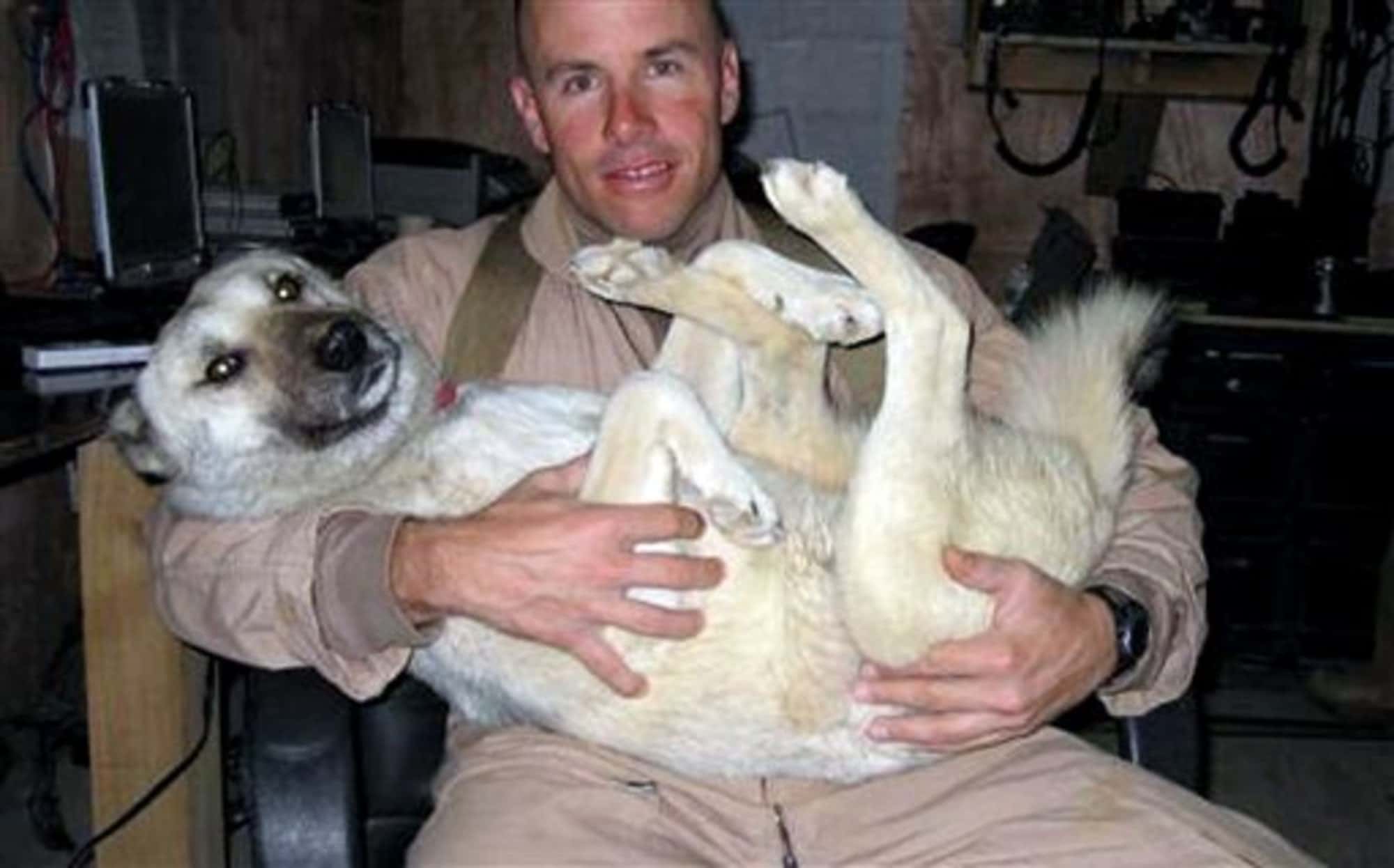 Nubs wounds were treated and for the first time in his life, he had a warm bed, meals, and love. He grew to love the Major but fate had other plans for the new friends. Major Dennis had to move on to a new outpost and Nubs was not allowed to go with him. 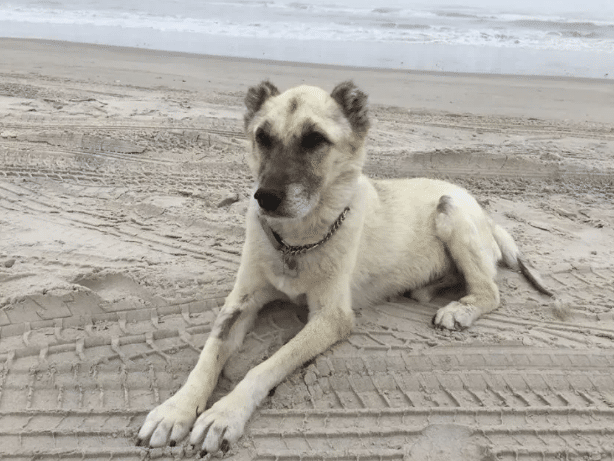 The situation didn’t stop the loyal Nubs from following after his Marine. Even though it was freezing cold, Nubs followed his Humvee for 75 miles across the desert, determined to stay with Major Dennis. 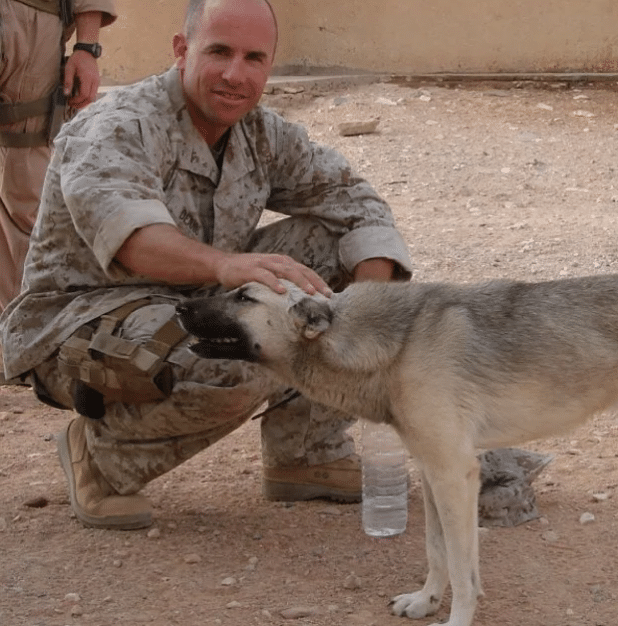 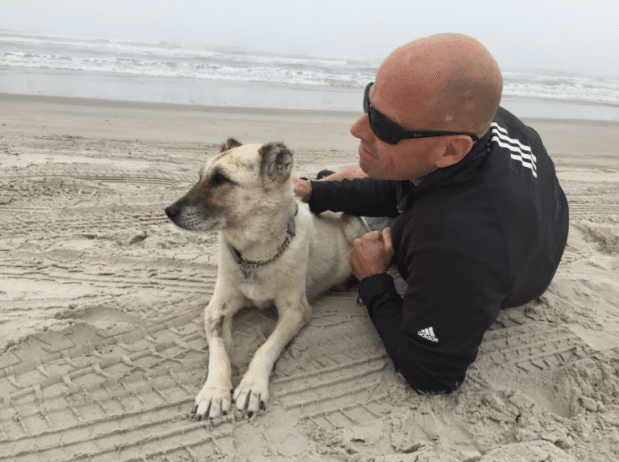 “One of my Marines came running in and told me, ‘You’re not going to believe who’s outside.’ I thought he’s talking about a person. I’m like, ‘Who’s outside?’ He’s like, ‘Nubs is outside.’”

Despite the rule against pets, the Marines build Nubs a dog house and kept him safe there. All went well until someone complained to the chain of command and Major Dennis was ordered to get rid of nubs. 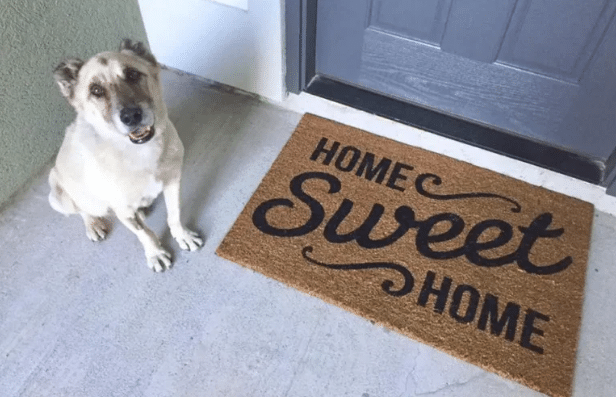 Unwilling to part with the brave dog, he began making plans to ship Nubs to San Diego. The plan was expensive and complicated to execute but with the help of the other Marines, they began raising money and connecting with people who could help. 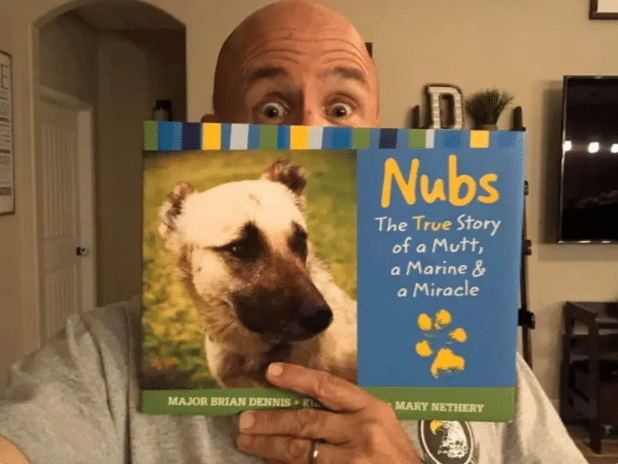 In March 2008 Nubs flew to his new forever home. A month later, Dennis followed him. Nubs has since passed away but his amazing story of the importance of saving these dog’s lives and there was even a book written about him, Nubs, the True Story of a Mutt, Marine, and a Miracle.