Over the weekend, while driving on a freezing cold night in Ontario, Canada, a Good Samaritan spotted something that made her stop.There, curled up on a snowy roadside, was a shivering stray dog.But she wasn’t alone.Though the dog could have found a safer place to pass the night, she wasn’t just thinking of herself.

A closer look revealed the kind pup had wrapped herself around five orphaned kittens, whom she was cuddling to keep warm in the biting temperatures.The Good Samaritan, in turn, saved them all from the freezing night by taking them to the Pet and Wildlife Rescue shelter.

But by then, an incredible bond between the dog and kittens had already been formed.For rescue staff, learning the circumstances of this case made one thing clear: the pup had saved the kittens’ lives. 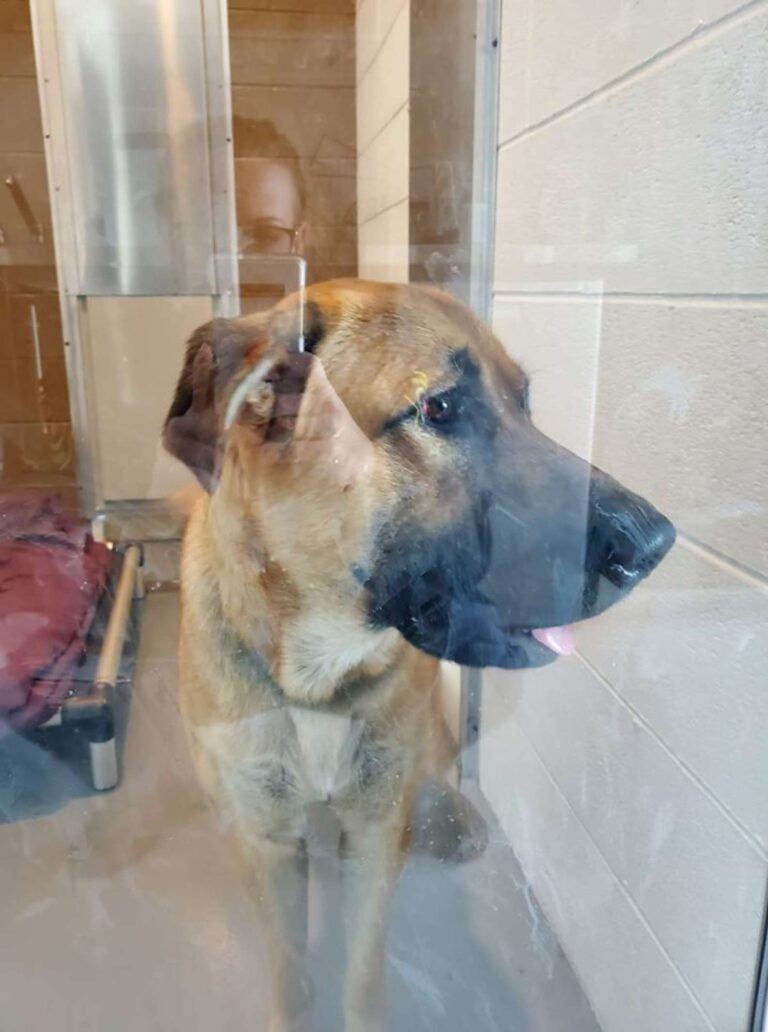 “It’s truly heartwarming!” a shelter spokesperson told The Dodo. “It had been a very cold night so these kittens would have had a very hard time surviving.”

The kittens are now safe, but require treatment for flea and worm infestations. Meanwhile, the sweet stray dog who saved them insists on overseeing their progress with regular visits — much like a proud mother. 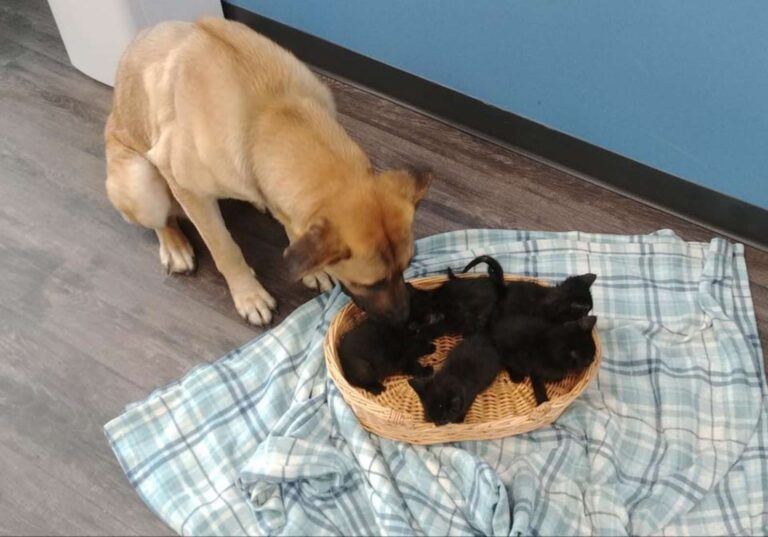 It’s still unclear where the dog or kittens came from originally, or if they knew each other prior to that night. Pet and Wildlife Rescue is hoping an owner will come forward to claim them, but if not they’ll be put up for adoption.

Thanks to that brave pup, however, a sad ending for the kittens was transformed into a happy one.

“Our staff sees many difficult situations on a daily basis and stories like this one make every heartache worth it,” the shelter said. Marine Gets Adorably Promoted By His 3-Year-Old Son