Anyone who’s ever had a cat knows that we don’t really own them; we simply coexist with them and, if we’re lucky, they choose to accept us as their family.Cats but also clever and independent; they know what they want and what they don’t want.And when they do want something, they make sure that they get it.

Therefore, when this little stray cat kitten decided to join Beata and Marc’s family, he unsurprisingly got his way.The first time Beata and her husband Marc saw the little kitten, who they later named Smucci, he was rushing across their patio.He was just a little black ball of fur, whizzing past.He was incredibly shy and had no interest in making any human friends.

All he wanted was some food and water, and he’d noticed that Beata and Marc had a water dish on their patio.

He enjoyed the water, but made sure to never let anyone get too close to him. 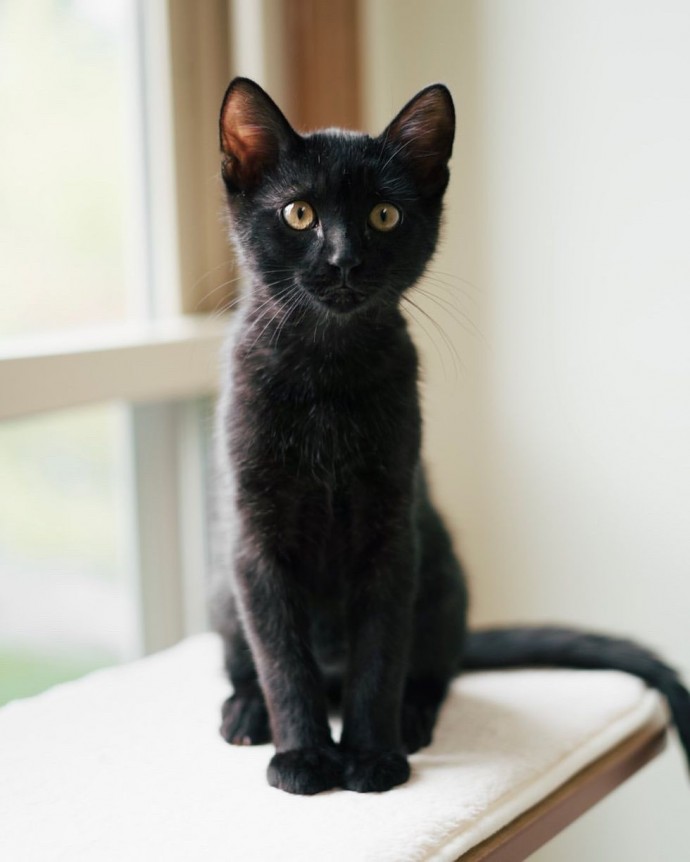 Beata and Marc respected his wishes and did not try to catch him, but put out some for food for him so he didn’t starve and so that they could start gaining his trust

They also started keeping an eye out for him and any potential siblings, but never saw any sign of his mother, nor of any brothers or sisters.

Later, Smucci came back to the patio in search for more food, which the couple were happy to give to him.

This was the start of a tentative friendship that slowly grew stronger. 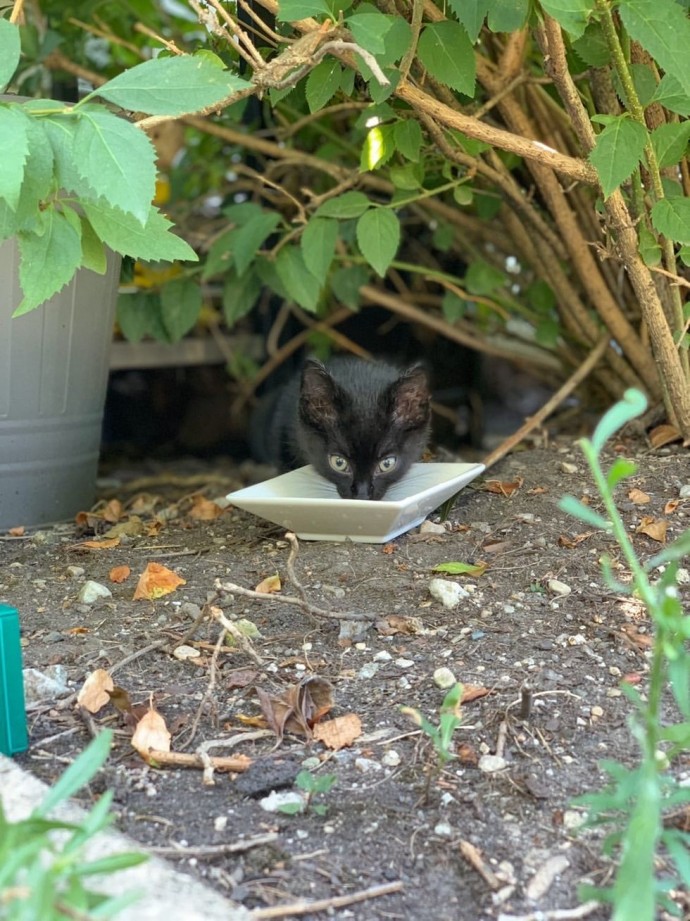 Smucci kept coming back, day after day, and accepting food from the couple. After a while he was even straight up asking them for food whenever he spotted them.

He slowly started to trust Beata and Marc, but still kept his distance from anyone else.

Eventually, their friendship grew so strong that Smucci decided it was time to make it official; he was moving in.

“He would try to sneak into the house every time we opened the patio door,” Beata told Love Meow. 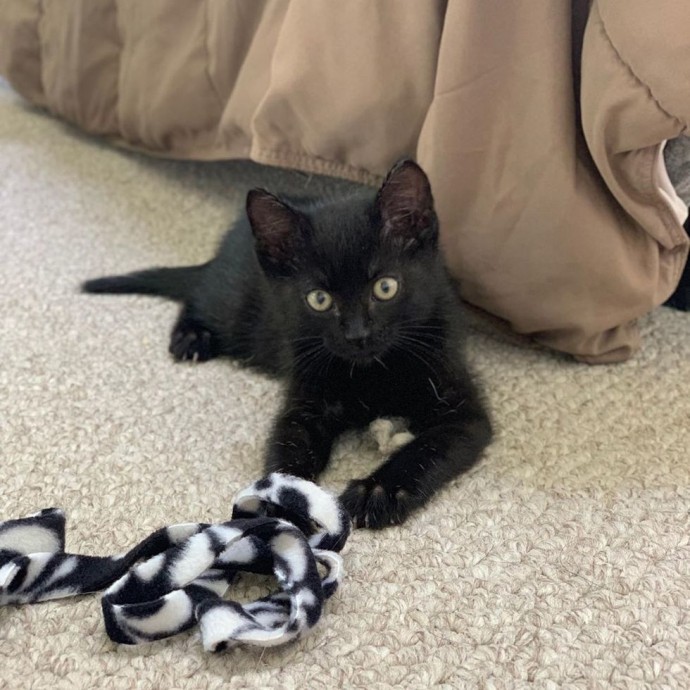 When the little cat started sneaking into the couple’s house, they realized that he’d chosen them to be his forever family and they were more than happy to accept his decision.

They double-checked that Smucci didn’t have a secret family, got him checked out at the vet, and then gently introduced him to their dog Haruki, who soon became a great friend to his new sibling.

Smucci really knew what he was doing when he decided to adopt his new parents.

He’s now got a wonderful home, a sweet brother and all the love he could ever dream of.

He’s a very lucky little cat and we’re sure he’s thankful for his amazing family every single day. 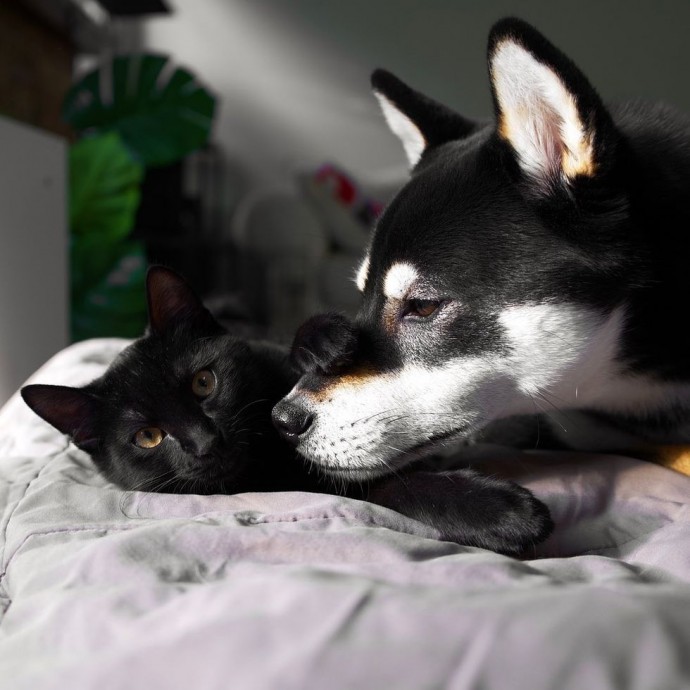