Titan is described by his parents as the friendliest dog but also the most stubborn.When his parents noticed his dislike for stairs, they were worried that it might be because of his hip dysplasia.It turns out that he just fakes pain so he can avoid climbing the stairs!Titan is one friendly dog — but he is also pretty stubborn.His family adopted him back in late August from Furry Friends Animal Refuge in Iowa.

Titan’s mom, Natalie Bretey, told The Dodo, “He has to say hello to EVERYONE when we go out. Everyone is his friend.”“We knew he was loving and friendly, but we had no clue how stubborn he was,” Natalie added. “He will frequently halt on walks until we go the way he has decided, or to stop and watch cars and people go by.”At 7 years old, Titan has some health problems, such as allergies, chronic ear ulcers, and mild hip dysplasia.

So his family was understandably concerned when they saw that Titan seemed to have a particular dislike for the stairs.

“We realized he wasn’t a fan of stairs the very first day. We got back to my boyfriend’s apartment, and quickly realized that Titan had no intention of walking up the stairs,” Natalie shared. “We started panicking; was this because of his hip dysplasia?!” 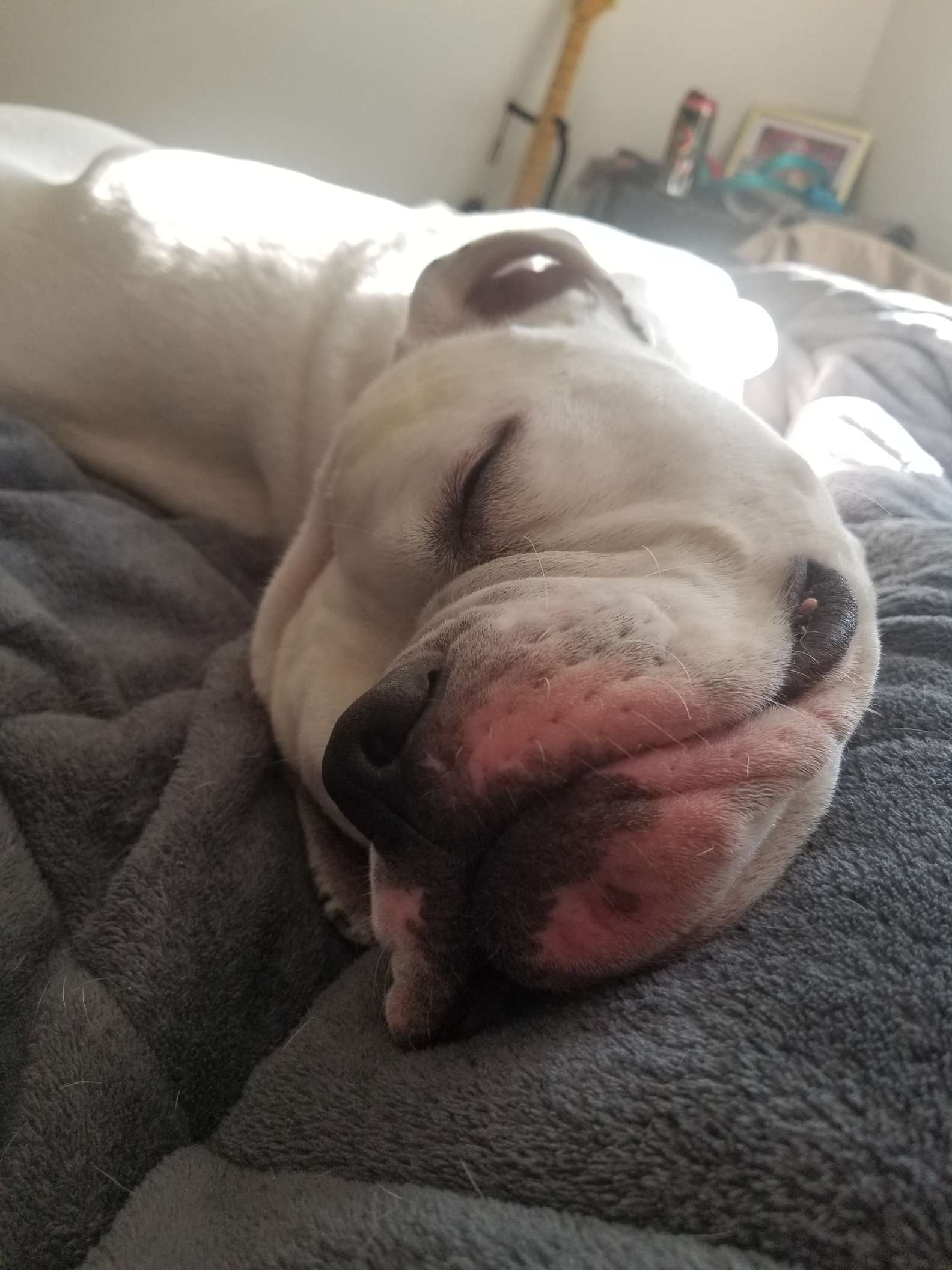 But they soon realized that Titan’s dislike for stairs was not because of any pain. He simply didn’t want to climb them!

So Titan does his best to have his parents carry him up the stairs. He would even fake a limp!

“Titan pulls his limp trick at least once a week,” Natalie shares. 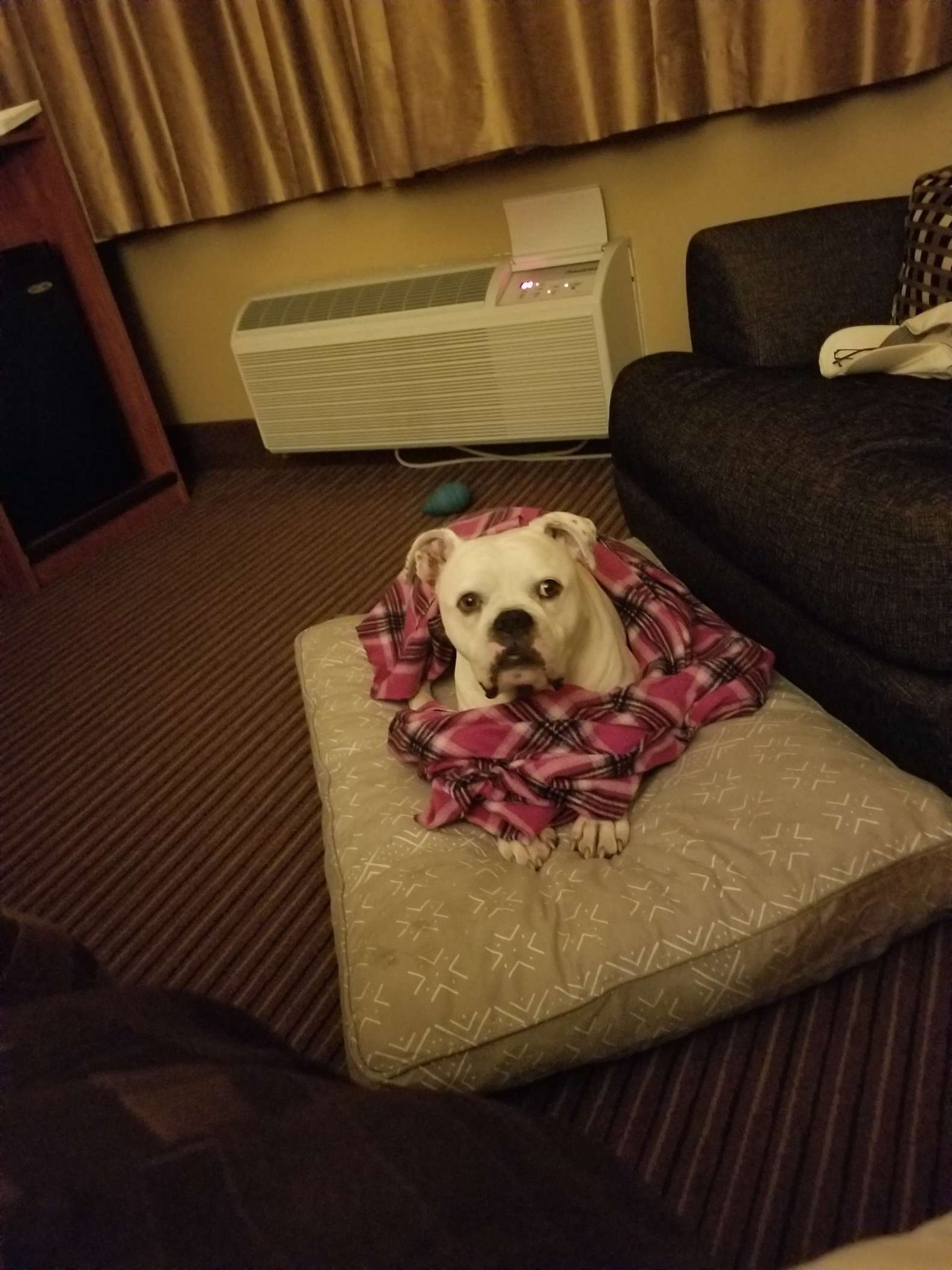 She recalled an incident in the past week when Titan tripped and stumbled on the first step. “He held his paw in the air and looked at me with the most pained look he could muster,” but after being carried by his dad, it became obvious that he was faking it.

“Before we even reached the top, Titan was wiggling his way out of the set of arms and onto the floor,” Natalie continued. “His limp was gone, and he jogged to the front door. We just laugh. He is a great actor!” 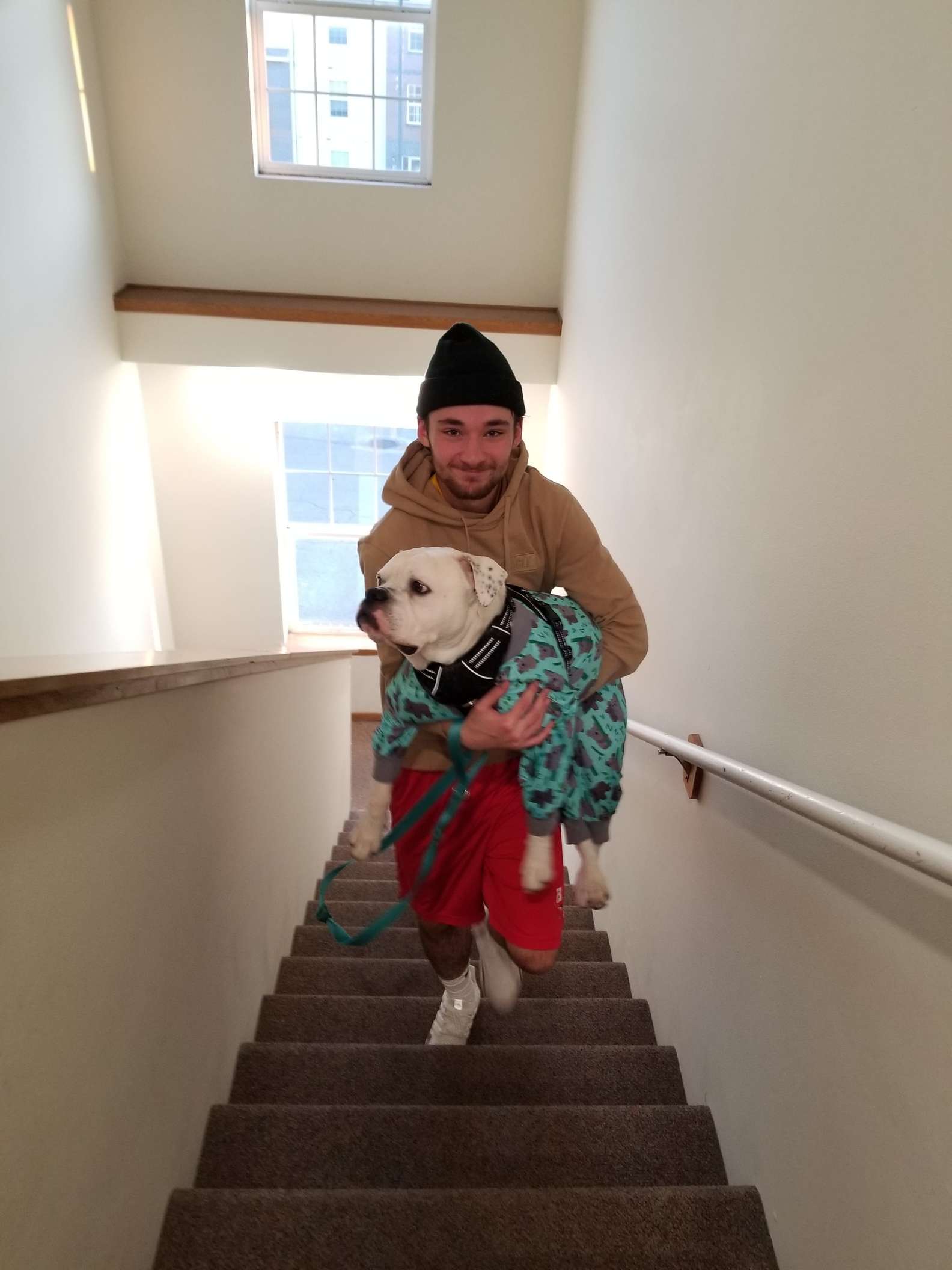 His parents think that Titan may not have learned to climb the stairs before and never got to like them. Despite the acting, they still make sure to watch out for signs of real pain.

And he may be the most stubborn dog, but his parents love him so much that they’re willing to put up with it. They also don’t mind carrying him up the stairs every now and then. 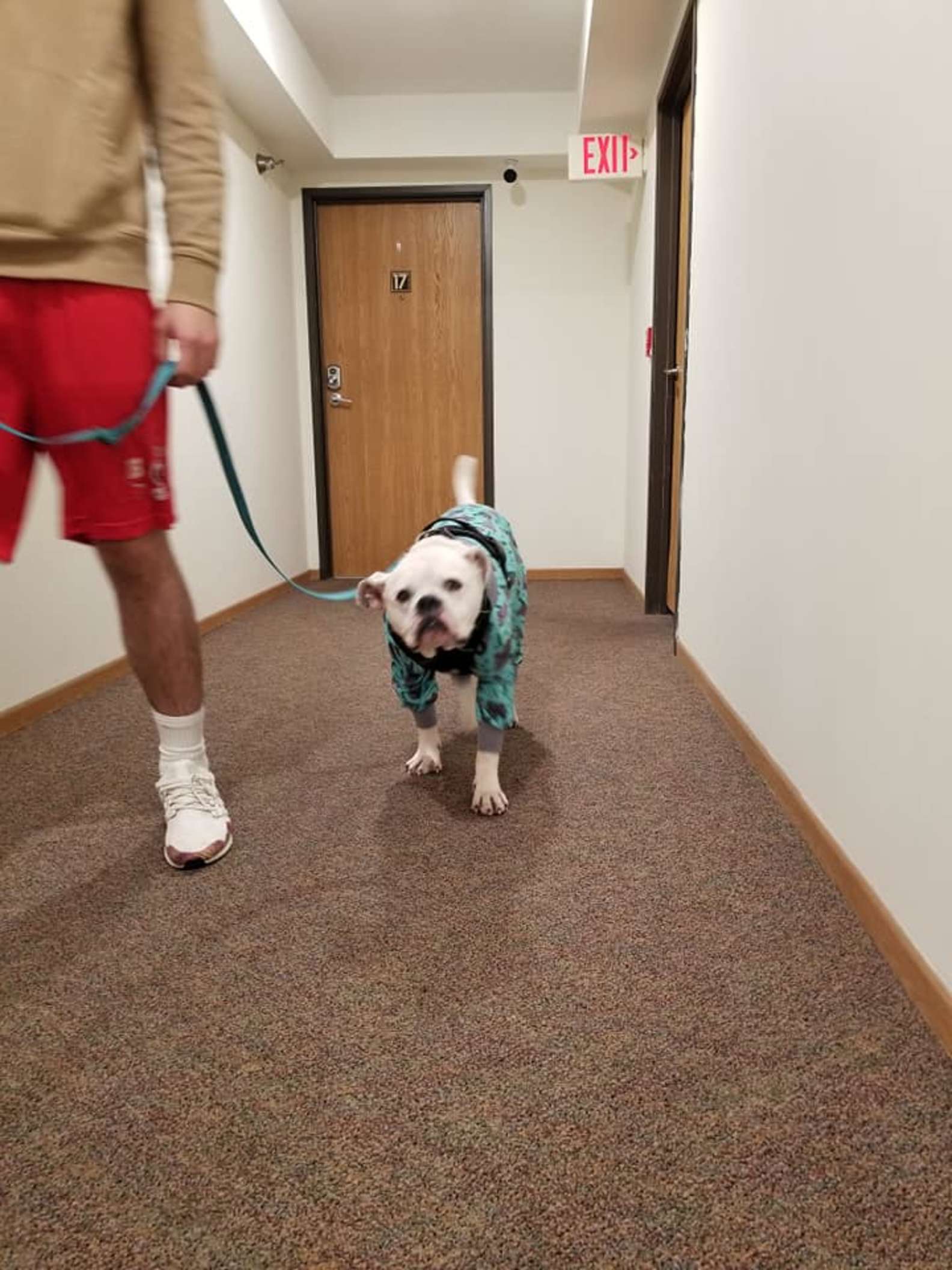 Natalia says, “His big heart has made every hard moment worth it.” 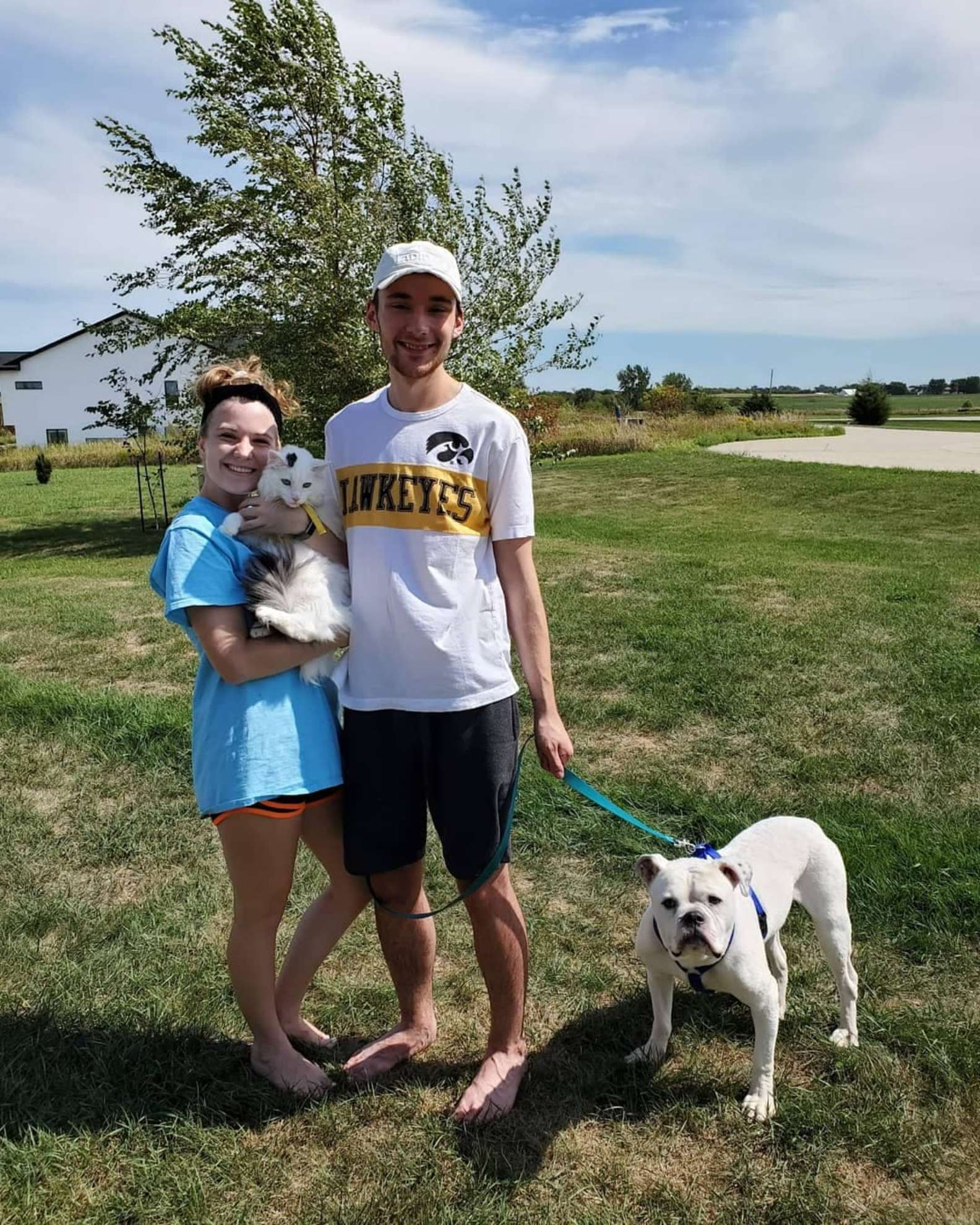