This husky was on a scenic vacation and of course wanted to ride shot gun so he could see everything that was going on. But when mom told him he had to move to the back seat, he wasn’t very happy about it.Zeus the Stubborn Husky and his fur mom were on vacation in the Adirondacks and Zeus apparently thought he had called shot gun. Because when mom asks Zeus to get in the backseat, he throws a fit.

The argument goes something like this.“Get in the back,” says mom.“Yawwwlllll,” says Zeus.“Get in the back!”“Yeawwwwllllllllll!”The more mom tries to convince Zeus to get in the back seat, the louder and more hilarious his arguments get. The funny dog is just not going to move if he has anything to say about it. And, he has a lot to say!

Mom and Zeus continue arguing in the parking lot and Zeus firmly stays put, curled up in the front seat. He’s sending a clear message to mom, you can ride in the backseat because I’m planning to watch the beautiful New York mountain range out the passenger window. 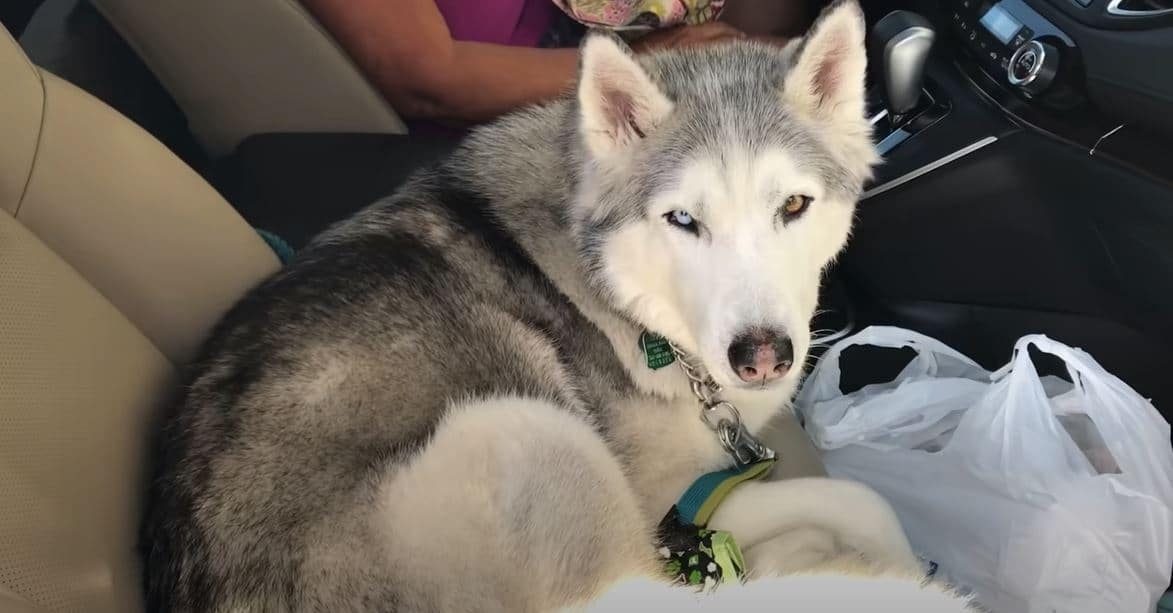 Who can blame him? 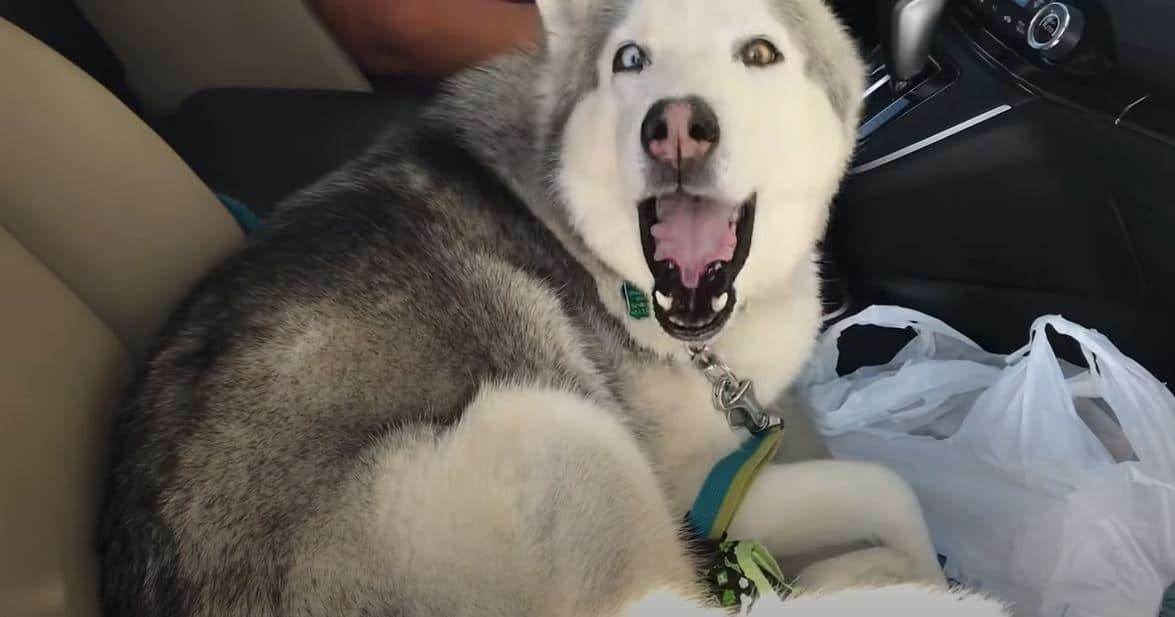 For a brief moment, it looks like Zeus is going to try to ignore mom but that doesn’t last long. He continues to argue with her, clearly not planning to go anywhere. The stubborn pup is staying put. 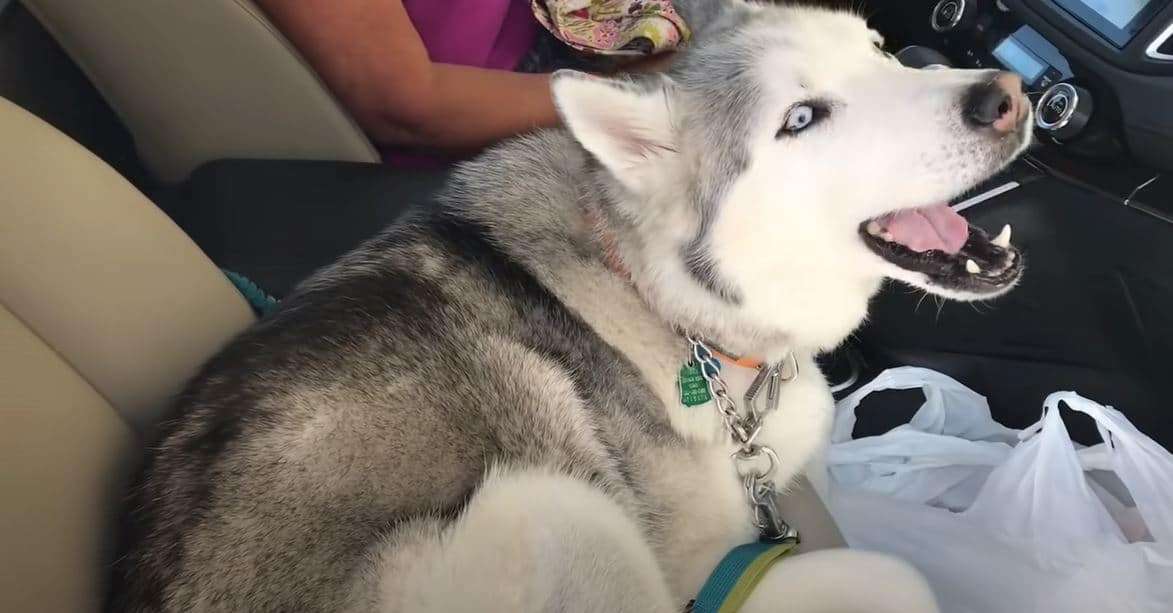 We wonder if Zeus made a scene during the ‘who gets the front seat standoff.’ He clearly was thinking, “somebody call the pawlice, because this is husky abuse! 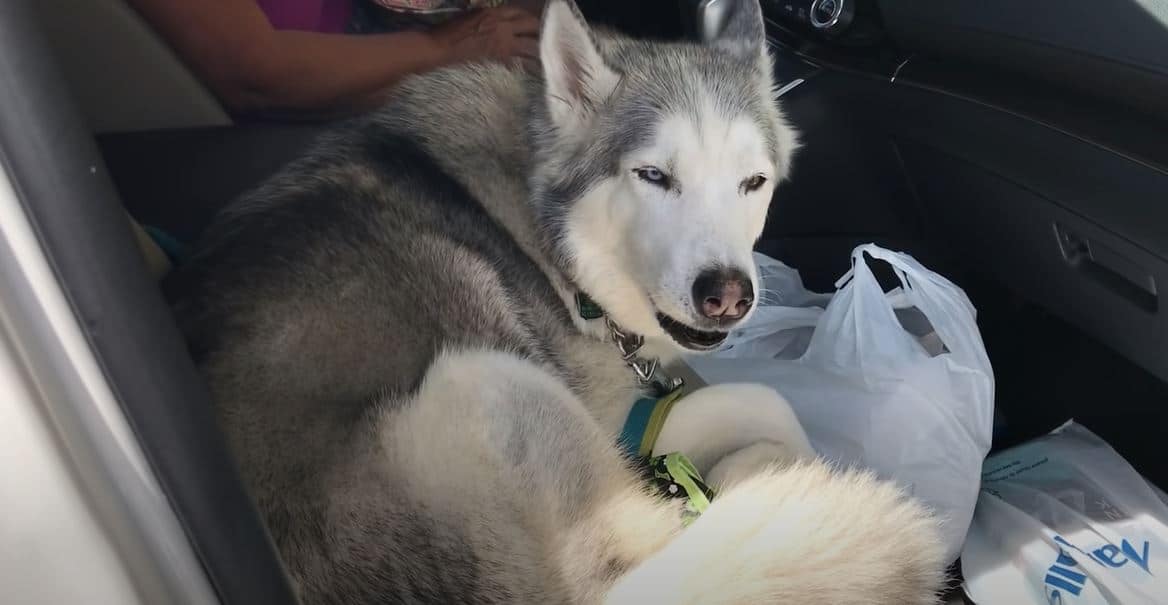 ” We’re not sure how their debate ended but if Zeus had to sit in in the back, we’re sure he didn’t go quietly. Dad Catches Dog Hilariously Responding To Commands On The TV Shiba Inu Puppies Are An Internet Sensation, For Good Reason