There’s no doubt that hugs bring healing, comfort, and peace to the hurting. When two souls come together to share a hug, with hearts beating so close together, the connection can convey more meaning and emotion than words ever could.Hugs just help us feel better. When our empathy switch flips on, we want to reach out and soothe the wounded and scared.

There really is nothing like the feeling of a good hug when it’s needed most.Sometimes we are the ones that need the hug and sometimes we’re the giver of hugs. Sometimes we want to give a hug to more than just our fellow humans and desire to comfort our pets when they’re sick, injured, or scared. But do dogs ever want to hug us?

Apparently the answer is yes, according to this sweet video. Here we see Jack Daniels, a Labrador retriever who has just had a lump removed from his neck, giving his dad the biggest hug. 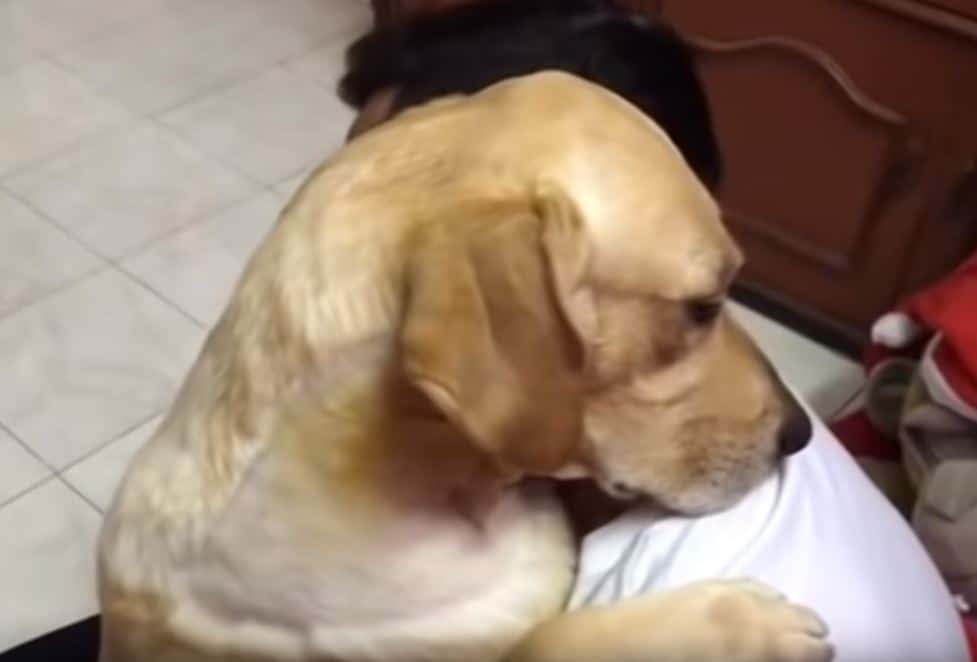 When the lab is reunited with his dad, in a tender show of affection, he wraps his front legs around his dad’s neck and rests his head on his dad’s shoulder. Of course his dad is moved to tears and kisses the dog on the head and comforts him with gentle strokes.

The dog has obviously been through an ordeal and the staples in his neck can clearly be seen. One has to wonder, is the dog comforting his dad, letting him know he doesn’t need to worry that he’s ok now? Or, is the dog needing comfort after his painful surgery? 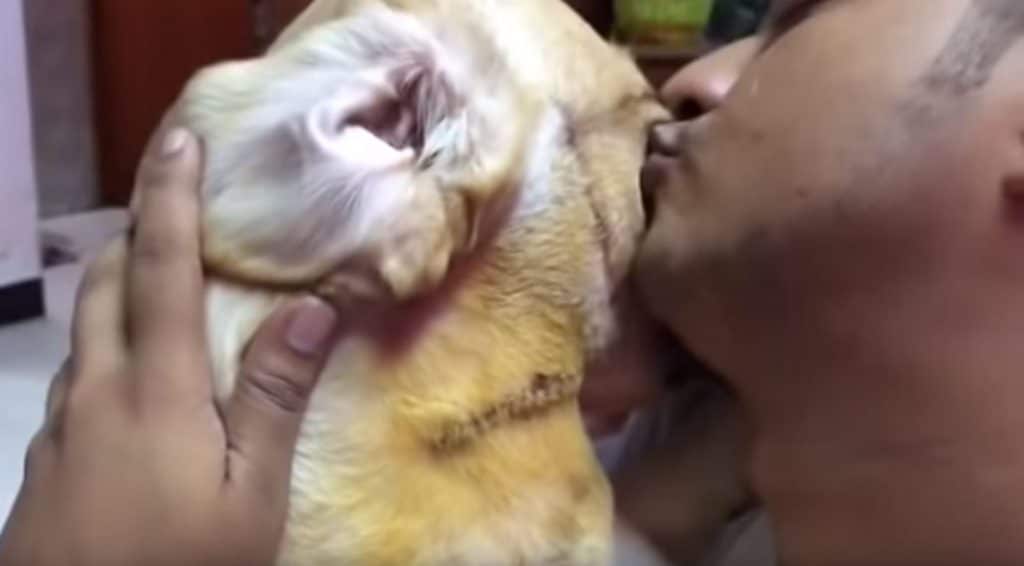 We think maybe it’s a little of both-two loving souls and best friends reunited after a scare sharing a moment of unconditional love.