Eddy is not a therapy dog but he has always been perceptive to whatever his family members are feeling.His sister Daisy, a senior dog, always gets carsick, so he makes sure to keep her calm and comfortable.As he rests his head on top of hers, the anxious dog stops moving restlessly and eventually falls asleep.Eddy is one sweet dog who can sense just when his family needs some support and comfort.

The black Lab was a shelter dog until he was adopted by Ashley Karlin two years ago to accompany her senior dog, Daisy. It wasn’t long before the two developed a strong bond.Ashley told The Dodo, “Eddy and Daisy play like siblings. They egg each other on and run around in the backyard together. They sleep next to each other and sometimes on each other.”

Eddy is not a therapy dog, but he can easily perceive when a family member is struggling with something — and he makes sure to be there for them.

The cuddly dog often demonstrates this ability during car rides with his sister Daisy. 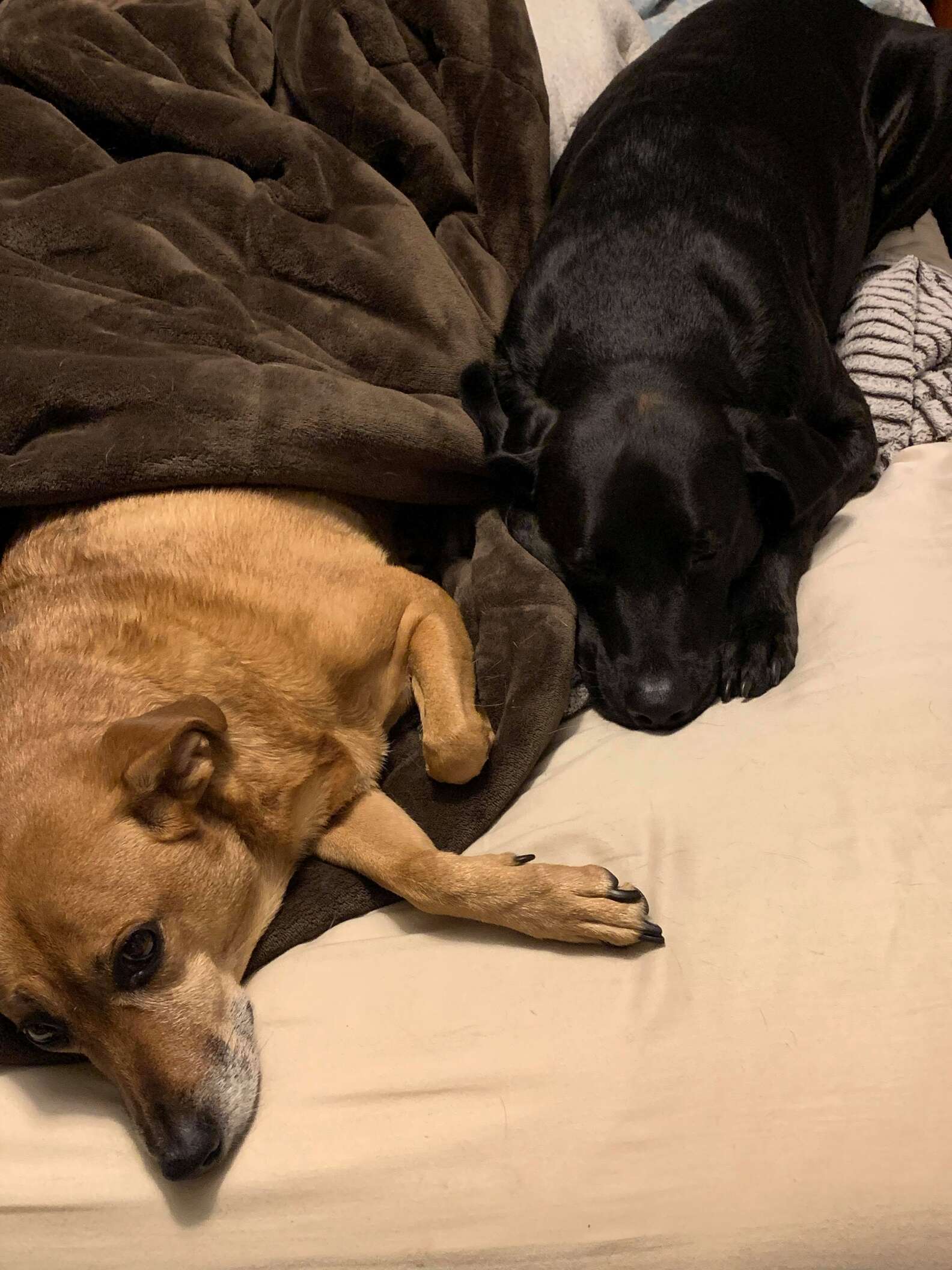 Daisy has always been carsick, so she gets really anxious every time they all go for a drive. Thankfully, Eddy knows just how to comfort her.

Ashley shared, “When she lies down in the back seat and starts to drool, Eddy lays the opposite way so he can rest his head on top of hers.” This prevents Daisy from moving restlessly, which can cause her to vomit.

“We’ve noticed every time they lie down together like this, she doesn’t puke and usually will fall asleep,” Ashley added. 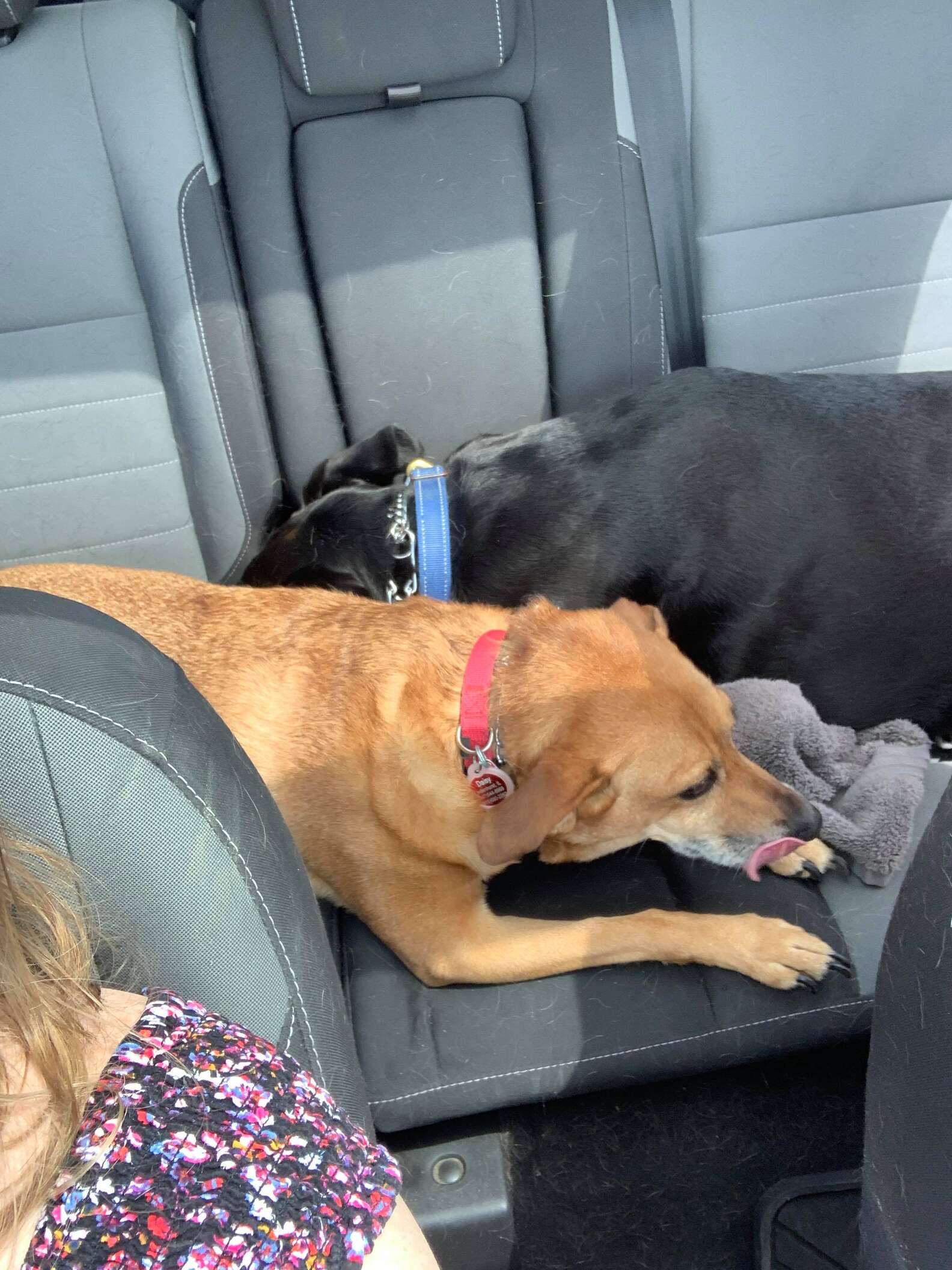 The sweet dog just seems to know when others are feeling unwell. Aside from always being there for his sister Daisy, Eddy has also been a source of comfort for his mom. He’s always the first to be aware of any change.

“My husband and I recently found out I’m pregnant, and one of the signs that tipped us off was that Eddy constantly would put his head on my tummy,” Ashley recalled. 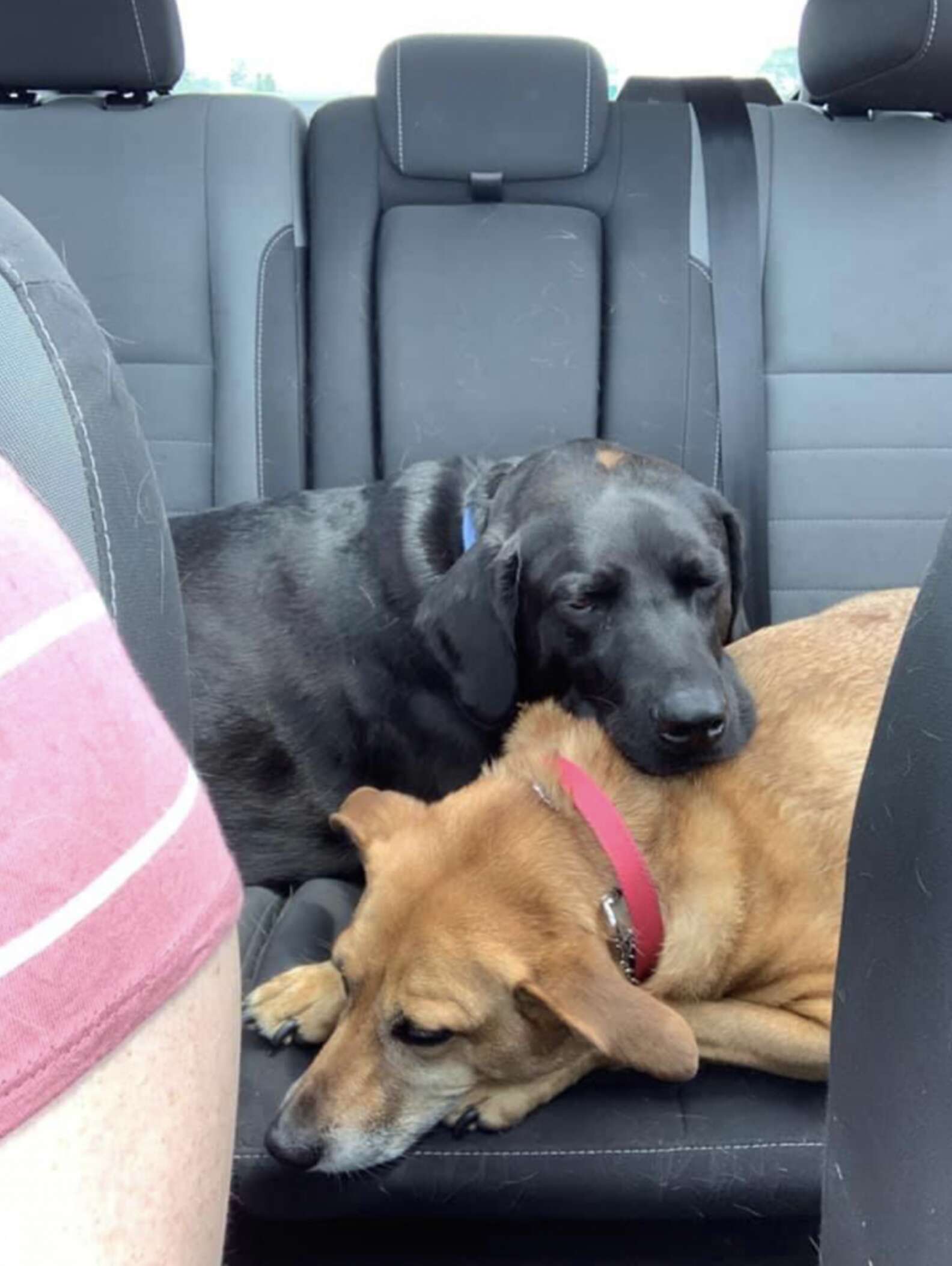 She added that Eddy can also sense when she’s “going hypoglycemic” while sleeping, so he proceeds to alert her and wake her up.

Car rides are certainly incomplete without the thoughtful Eddy — and the same goes for just about every moment in his family’s lives. 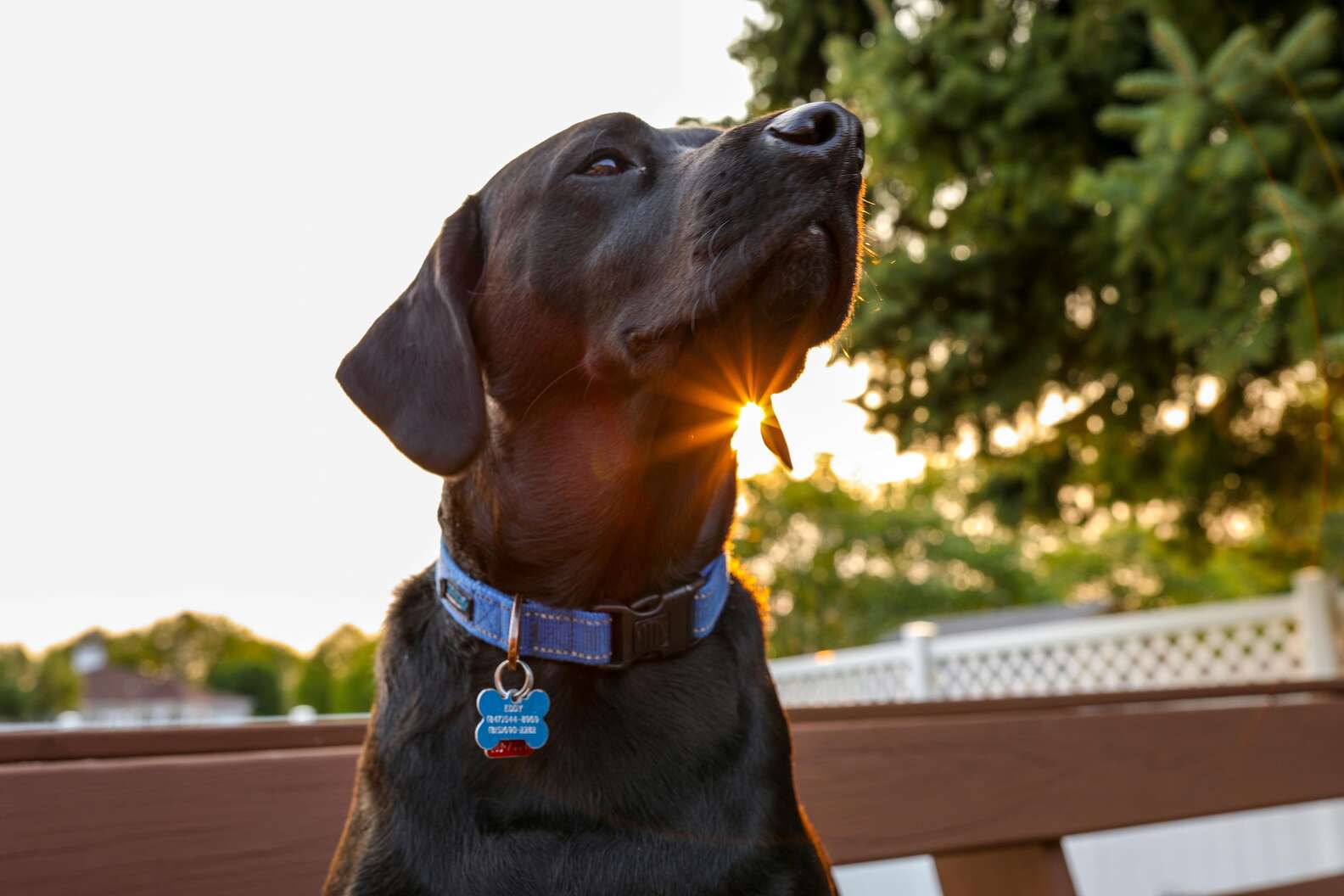