German shepherds are known for their bravery, loyalty, and intelligence. They excel at everything they put their mind to and make devoted family pets. Their commitment to those they love is unsurpassed.They also excel as working dogs. They can be found serving law enforcement, the military, search and rescue, as service dogs, and much more. They are also a very versatile breed that is adaptable to many jobs and lifestyles.

As very active dogs, if they don’t have a job, they will often find one for themselves. Such is the case of a German shepherd named Sarge, who lives in rural Ohio and has appointed himself as an orphaned fawn caretaker.Sarge’s home is surrounded by wildlife and his owners have introduced him to many different animals.

However, he has a special affection for deer, especially fawns. He helps his owners care for the orphaned fawns and injured deer that require care before returning to their natural habitat. 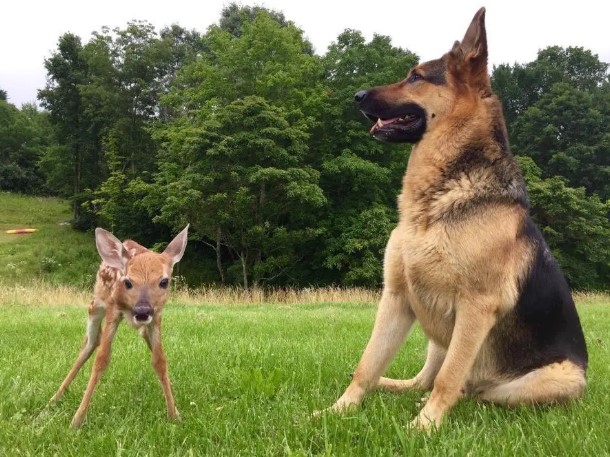 By his side, many deer have healed and gone on their way. He lovingly shares his home and cares for the deer as if they were his own. He is happy to share his food, water, blankets, and his favorite spots to sleep. 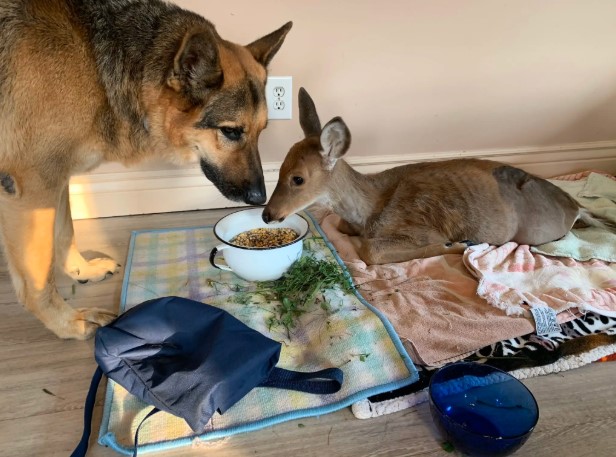 He loves spending time with his deer friends. Sarge makes his owners very proud and is said to love all animals. Clearly he has found his calling caring for the vulnerable deer that probably would not survive without the devotion of him and his family. 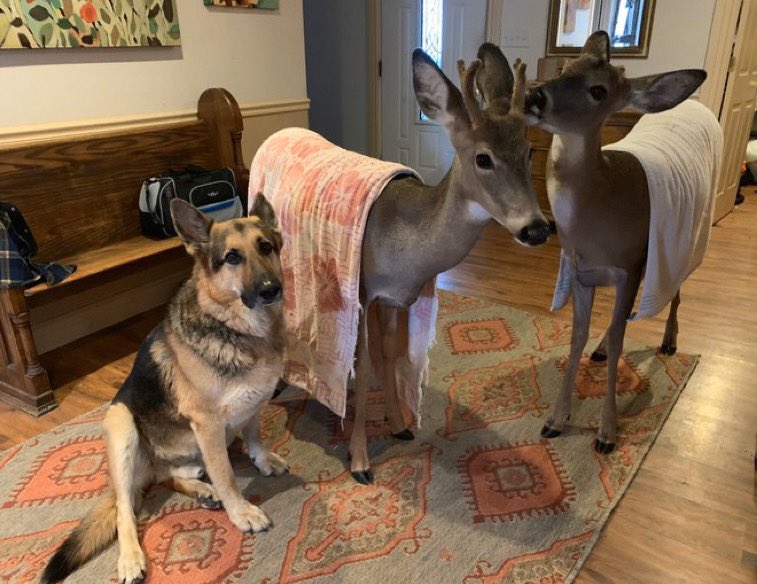 Clearly the deer are comfortable with him and appear to enjoy his company. They most likely know they are safe under his watchful eyes. What better friend to have looking out for you than a caring German shepherd dog. 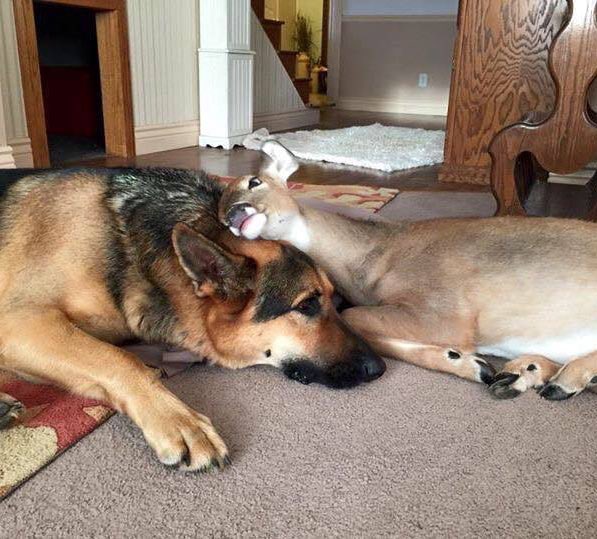