When Javier was having a rough patch back in 2015, his mom advised him to adopt a friend from the animal shelter.It ended up being the best decision ever — Kermit’s love and affection instantly brightened his life.The adorable Kermit turned out to be one talkative cat who always responds with a meow or two whenever his dad talks to him!A man who was having life struggles was able to find love and companionship in one sleepy but talkative cat.

Javier Negrete of Los Angeles, California, who had a rough patch in 2015, said his mom’s advice was to seek out a friend at his local animal shelter.His mom was right!It was love at first sight. Kermit, a fluffy orange cat, had to go home with him.Kermit is not just adorable and fluffy, he’s also cuddly and chatty! He just loves snuggling beside his dad, nudging his face and beard, and giving him kisses. He also follows his dad everywhere and even responds when he’s talked to!

Kermit always meows back when Javier talks to him. It seems like the cat perfectly understands his human, and they have adorable conversations all the time. Just watch Kermit saying yes to bedtime every night:

Javier first noticed Kermit’s chattiness when the loving cat followed him to bed. Kermit would always meow whenever he talks to him, whether it be a simple “good night” or “good morning.” 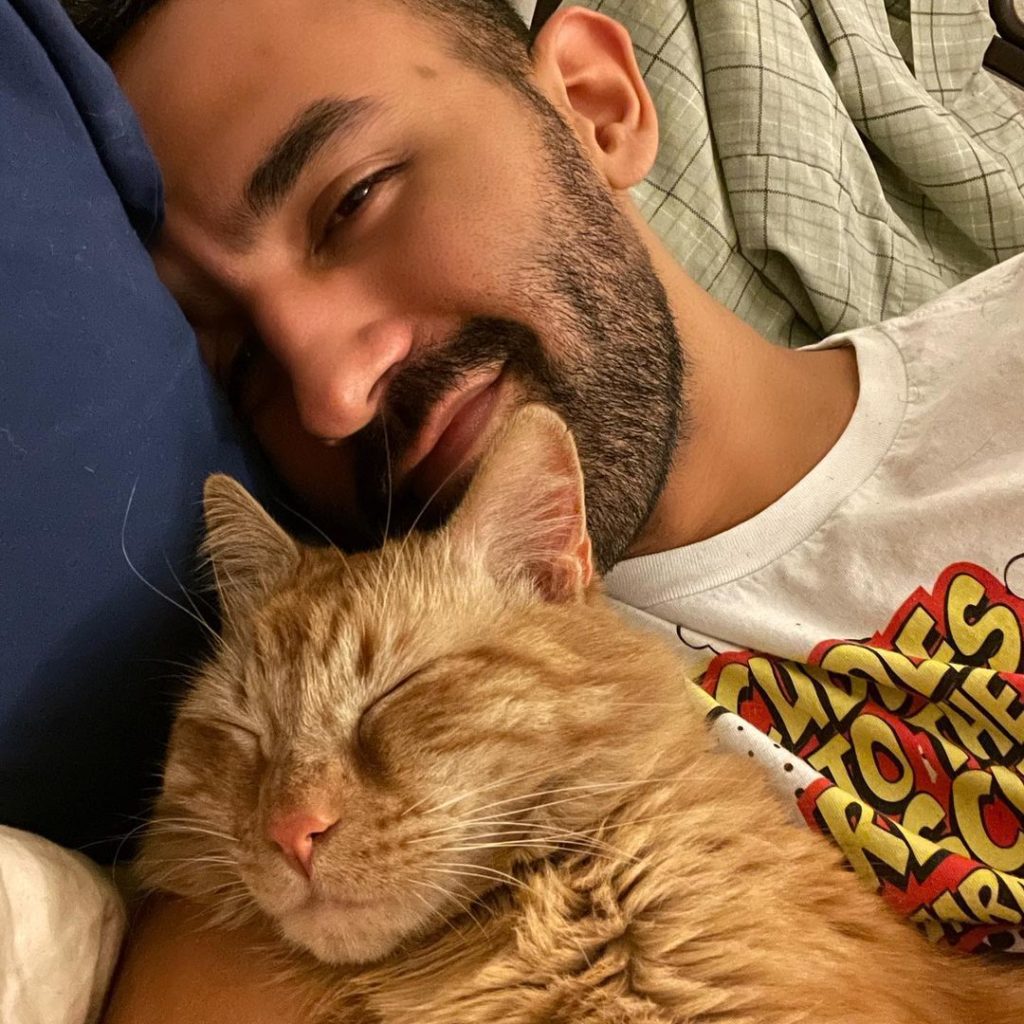 “For him to respond, I know it probably sounds weird, but talking to the cat and him answering back is just amazing,” Javier shared. “I’m like, ‘Oh, he really understands me!’ I never experienced anything like that.”

“I know it looks like I adopted Kermit, but I feel like he came into my life at the moment I needed him most,” he shared. “He’s somebody that I can always talk to and I’m not going to get any judgement from him.”

Their relationship is simply adorable!

Kermit is really one special cat, and he came into Javier’s life when he needed love the most.

Can’t get enough of Kermit? Check out his Instagram for more loving meows.