German shepherds are an amazing breed. Fearless, confident, and loyal are a few words you might use to describe them. They are not normally associated with words like scared, shy, or uncertain.Typically brave in the face of new situations, this funny pup broke the mold and needed some encouragement to get over her fear of the new sprinkler system.

Who could have guessed it would take a tiny toddler to help her? It all started when her family turned on their new sprinkler system. Although most German shepherds like the water, Zoe was having nothing to do with it.Her little human brother had no problem diving into the fun possibilities the stream of water might bring.

He quickly had his tiny hands in it. However, Zoe refused to budge even though the toddler was having a great time playing in the water. He was seemingly demonstrating to the pup how fun playing the sprinkler could be. 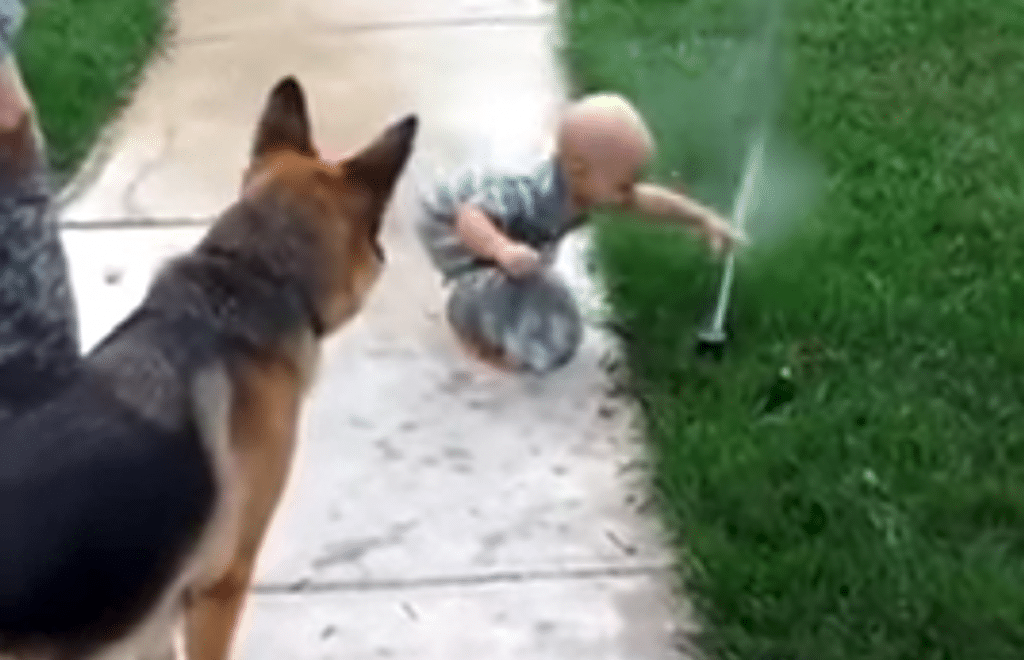 Finally the adorable dog moves slowly toward the sprinkler. Once there, it’s as if a fun switch is turned on in her head. Zoe goes nuts biting at the water! She starts running laps around the yard, gleefully attacking the spurting water gushing from the sprinkler. All the while her family is watching in hysterics, just like the rest of us watching their video. 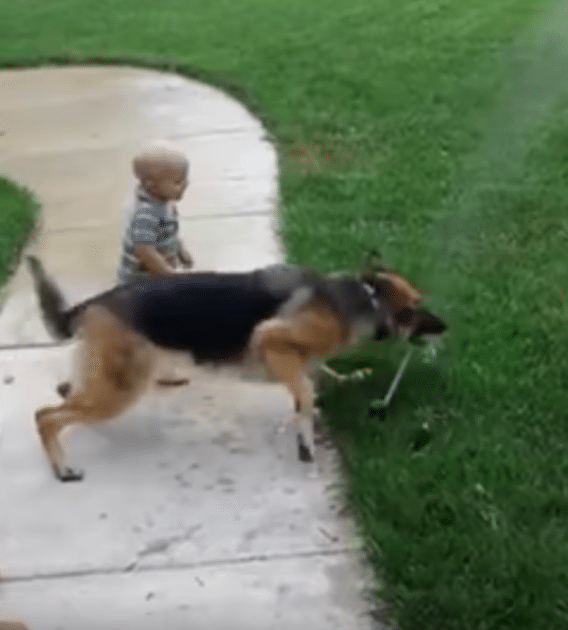 Seeing her have so much fun is hilarious,

and it seems like she could go on with her crazy antics for hours. In fact, you can hear her fur dad in the background calling to her, “Zoe, Zoe,” as the family laughs. 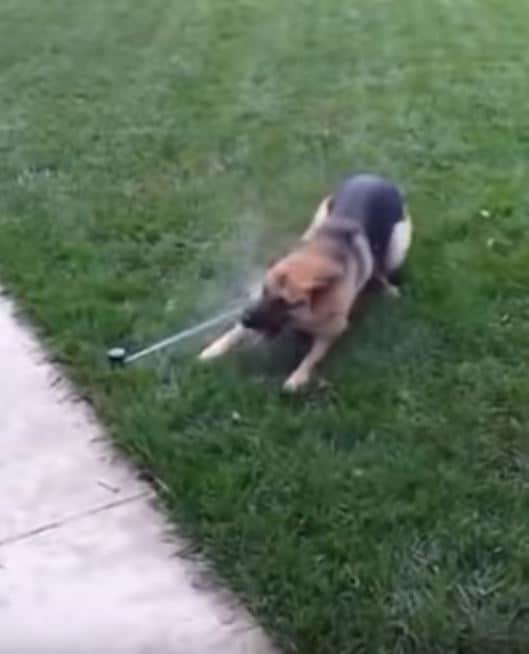 We’re sure Zoe and her family will enjoy many hours of sprinkler fun thanks to her toddler buddy who helped her get over her fear.