When a litter of tiny fragile kittens apparently didn’t have a mother, a husky and two golden retrievers stepped in to help take care of the brand-new babies.So tiny their eyes are not yet all the way open and needing to be fed with an eye dropper, the tiny kittens were being nursed and cared for by a kind human.

Obviously too young to be separated from their momma cat, we’re not sure what their story is but the itty-bitty cats were lucky to have someone caring for them so tenderly.Their caregiver was not alone in looking after the tiny kittens because the little litter also had a few fluffy surrogates helping to look after them.

An adorable husky and two golden retrievers were there to make sure the kitties were safe and sound. 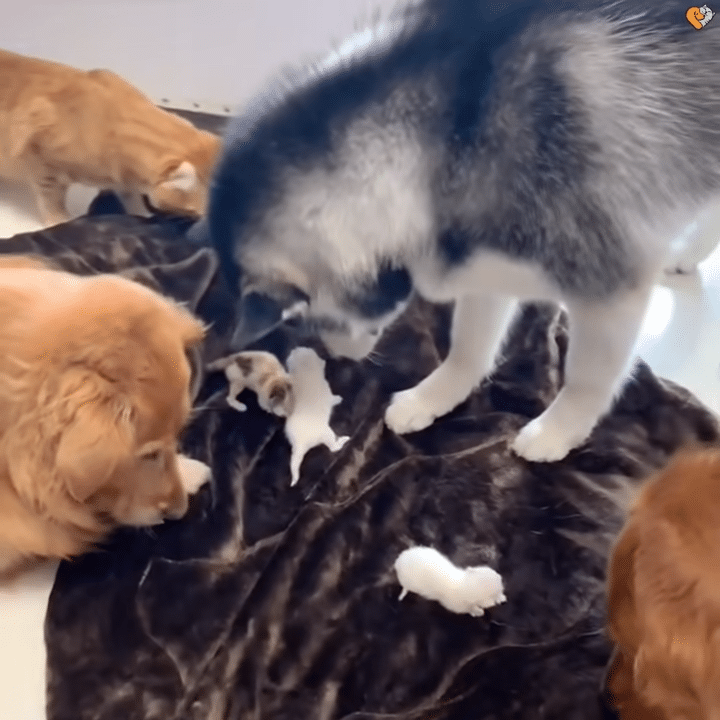 Despite the size of the dogs, they carefully care for the kittens to make sure they stay in their pen. They watch over the kittens and carefully groom and lick them. The three dogs obviously take their job of kitten guards very seriously and are super calm and careful around the kittens. 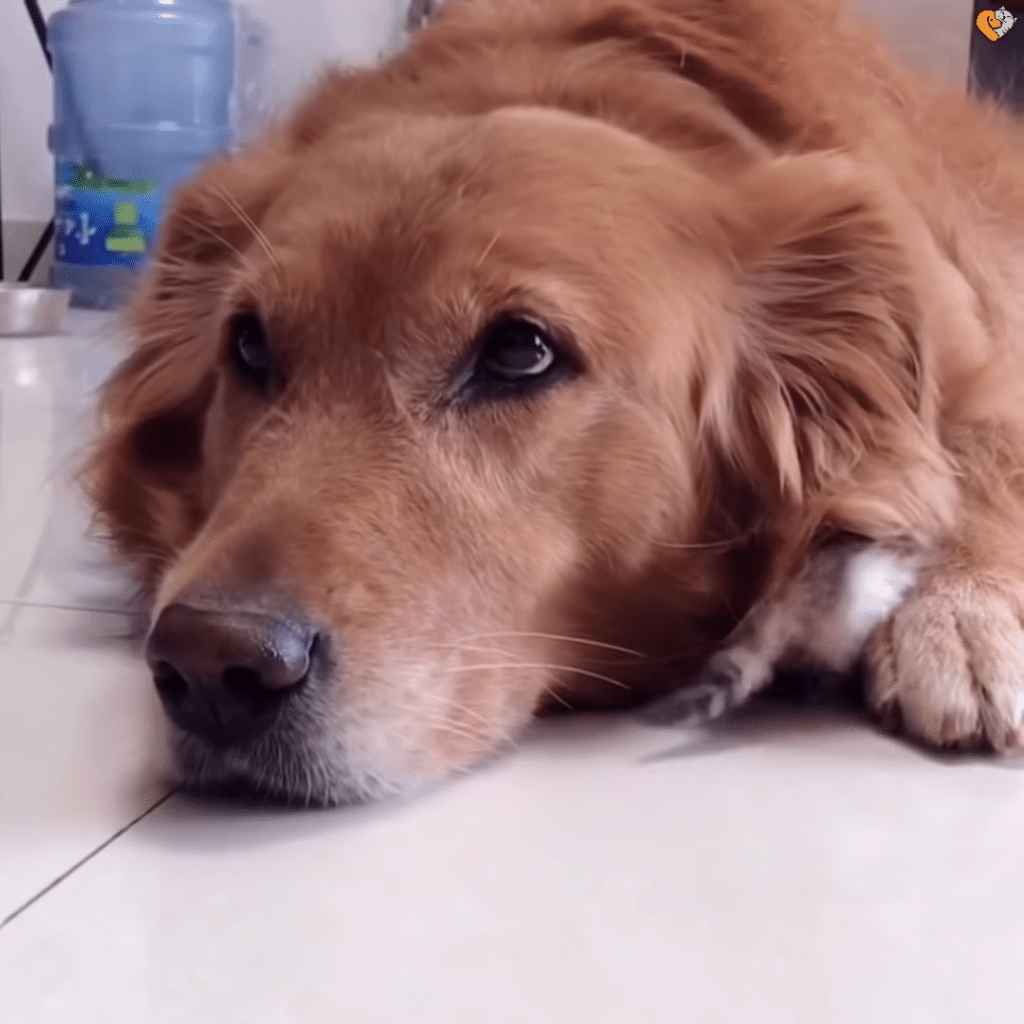 At one point in the video the husky puts his leg on a kitten and so sweetly draws the kitty closer and in another scene, a kitty seemingly vanishes into the fluffy golden fur under the ear of the dog. 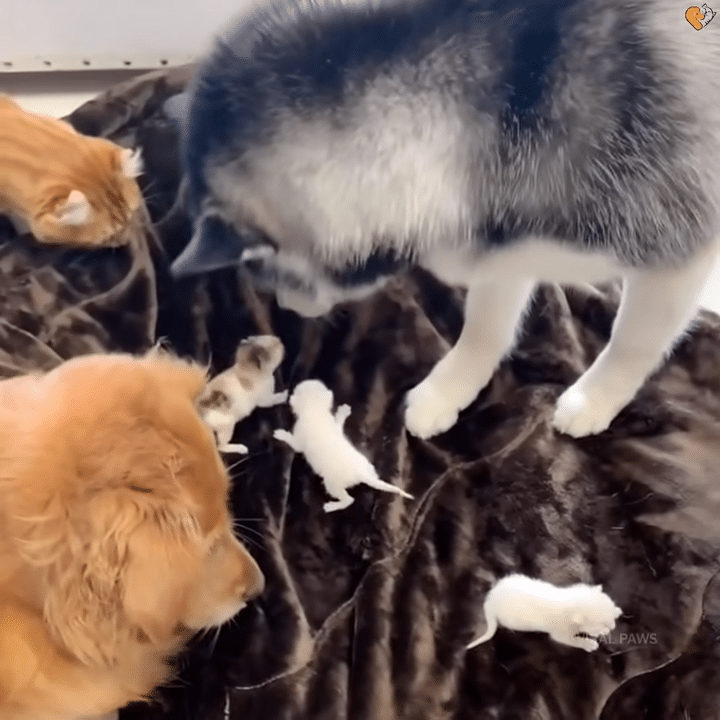 How lucky these kitties are to have such big and brave caretakers looking out for them while they are so small. We’re sure with three big dogs around, nothing and no one will be able to get close enough to harm these little ones. 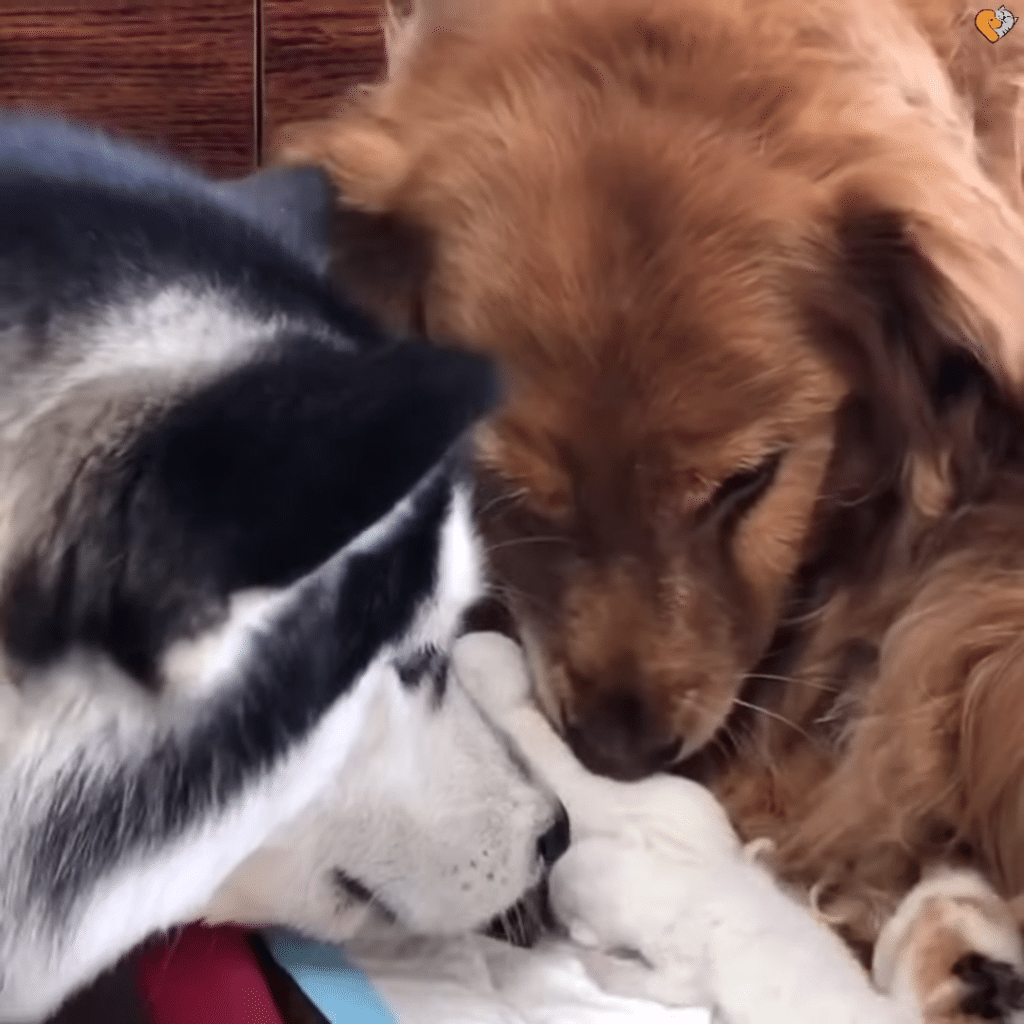 As the kittens begin taking their first steps, the dogs are there to cuddle them and keep them warm. The video could not be any cuter. Although cats and dogs have been famously not getting along for years, this video proves that plenty of dogs and cats love each other and that the instinct of these dogs is to help and protect the helpless little cats. 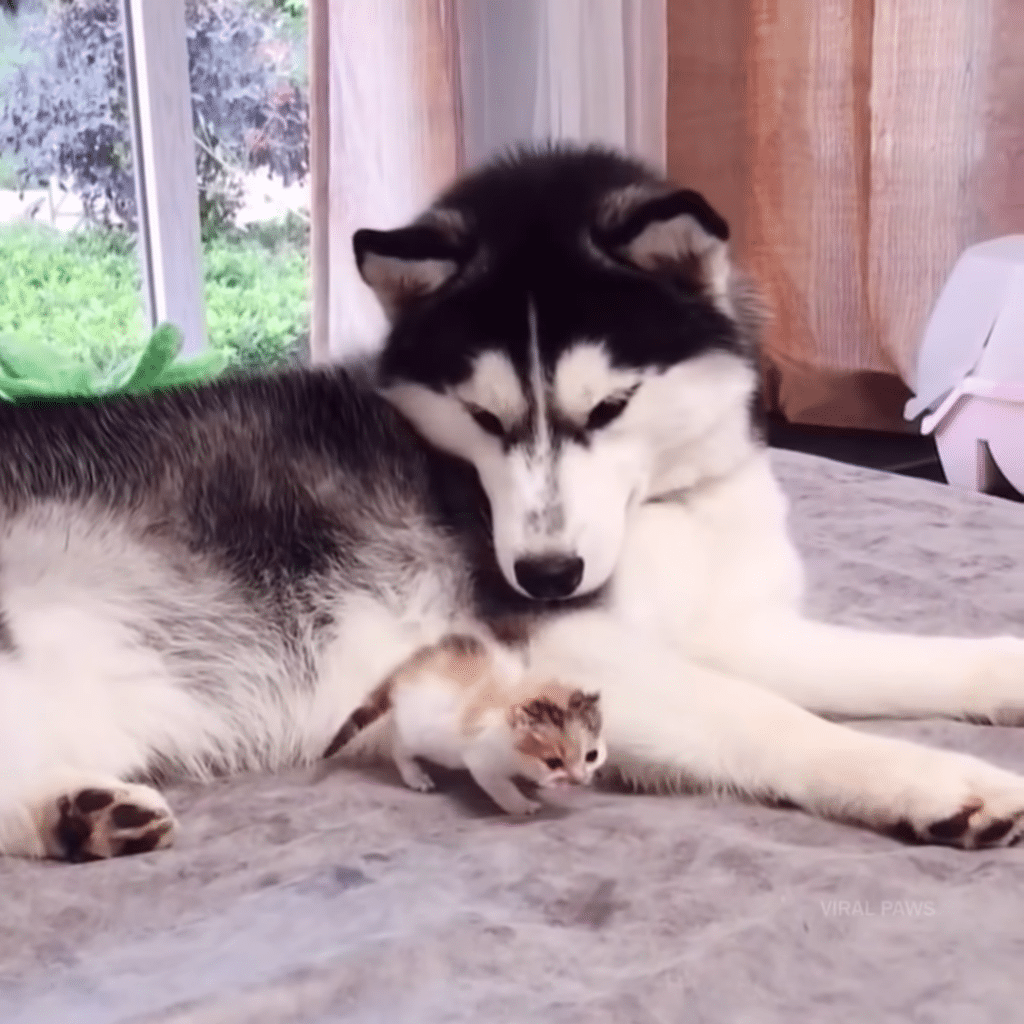 All of the animals are too cute for words as they love on each other and we hope we get to see more videos of them as the kittens begin to grow up and begin playing with the dogs. 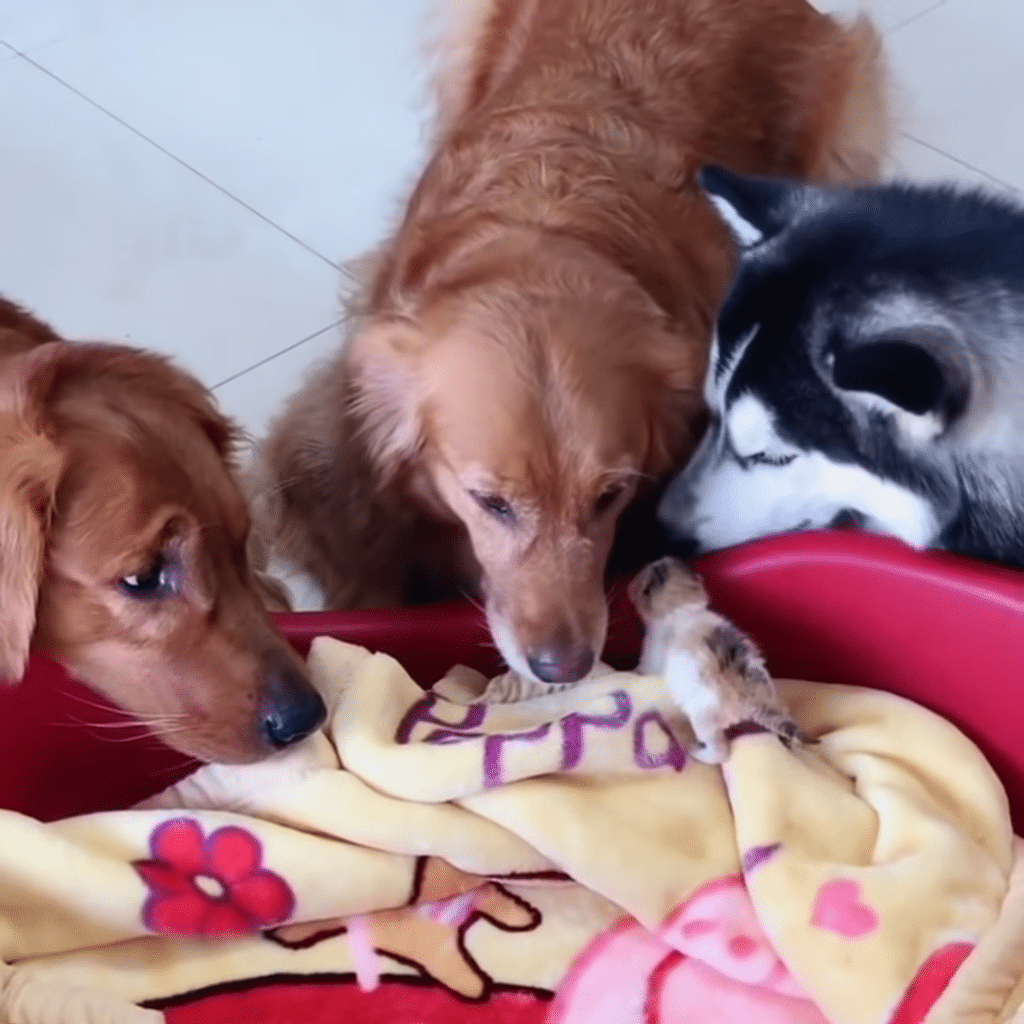 We’re sure that there will be plenty of fun antics in all their futures.