Animals are majestic, wonderful and were born to live in the wild where they belong. Sadly, there are many people who profit off of the suffering of wild animals, using them for their entertainment, often under cruel living conditions while being subjected to a lot of abuse. Despite the horrors experienced by these animals, the exotic pet trade is still thriving.

Bears are often targeted by the exotic pet and entertainment trades.Circus animals are one category of such animals who are constantly abused. They are often taken by humans when they’re babies and most animals have been kept trapped in cages, trailers and trucks their whole lives, without ever experiencing the wild like they are meant to. Bears are usually a favourite of circuses and other performers because of their ability to stand up on their hind legs like humans. 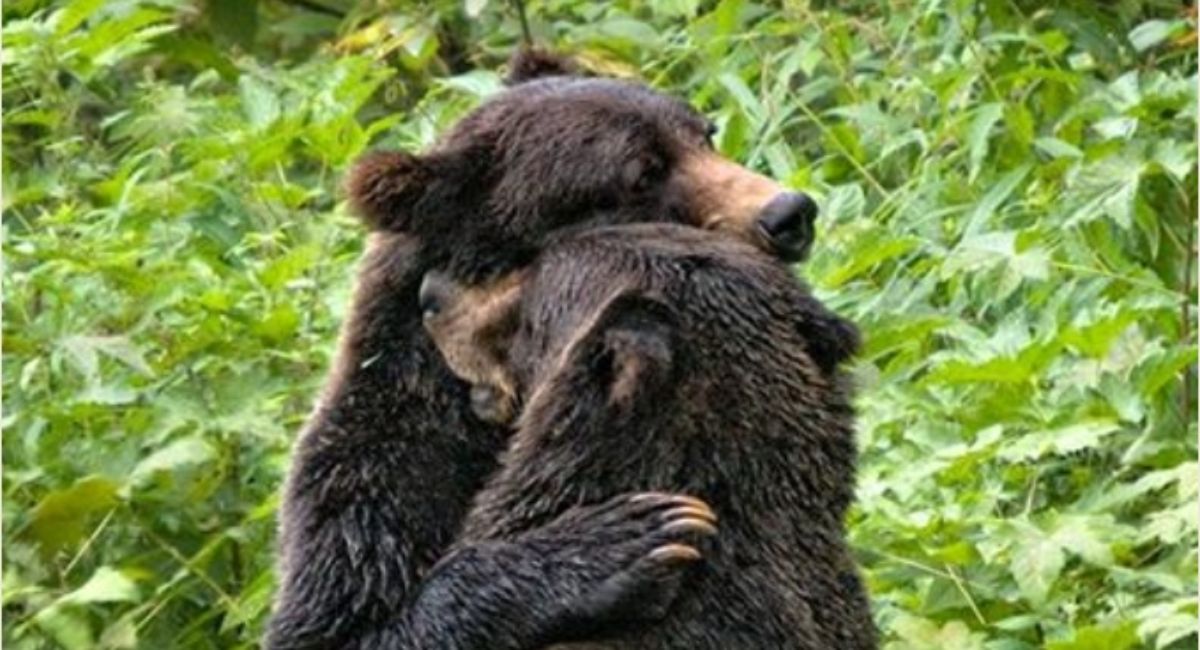 Gaika and Masha are two such unlucky souls who were taken into the circus trade and trapped in it for years, being constantly abused.

Bears are the inspiration for teddy bears. Aren’t they so cute and fluffy just like our soft toys?
two grizzly bears on a rock in a forest

Gaika and Masha are Grizzly Bears, the largest species of all bears. Sadly, they were circus bears who lived inside a truck for 17 years. Making things worse, they were also addicted to nicotine because their trainer used nicotine to make the bears do circus tricks. 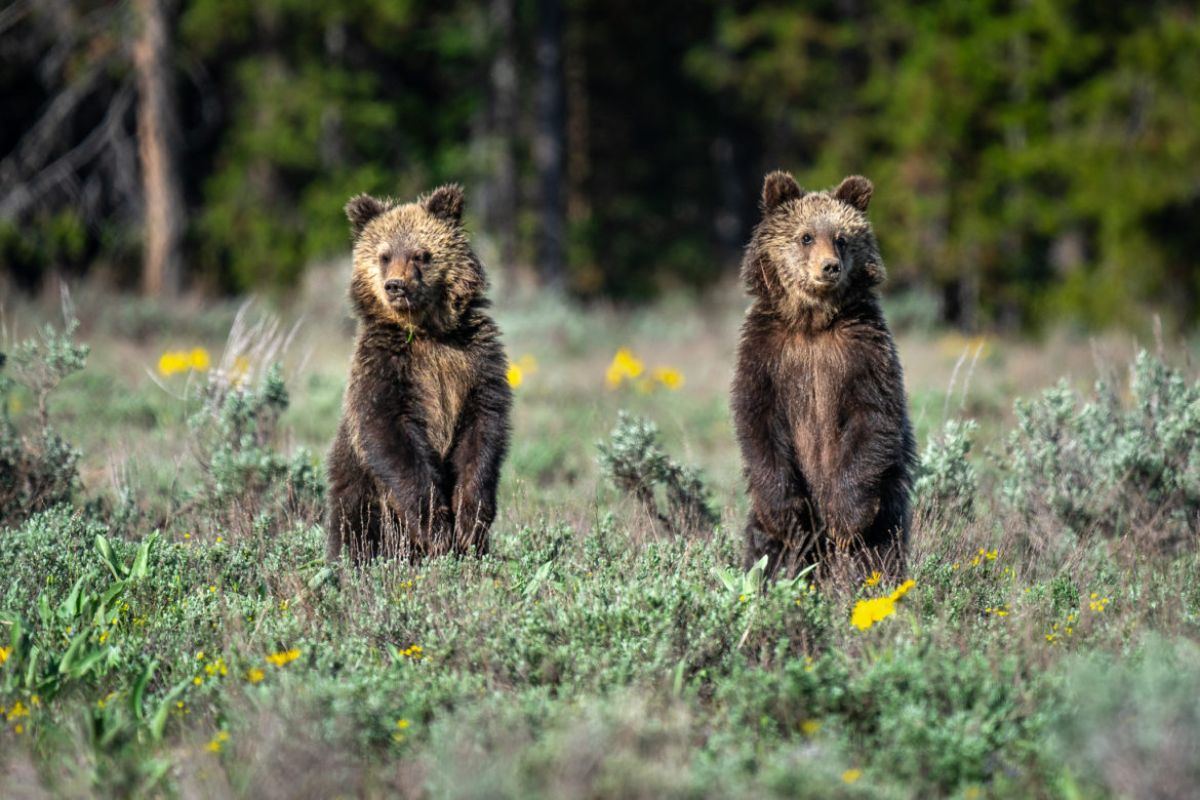 However, when the owner died, the two bears were rescued and were finally able to experience life as they were meant to. While these two bears cannot be released into the wild yet, they were taken in by the The Wild Animal Sanctuary in Colorado in North America.

Grizzly Bears live in the forests of North America but their numbers are rapidly declining due to humans and some sub-species have been extinct due to hunting. 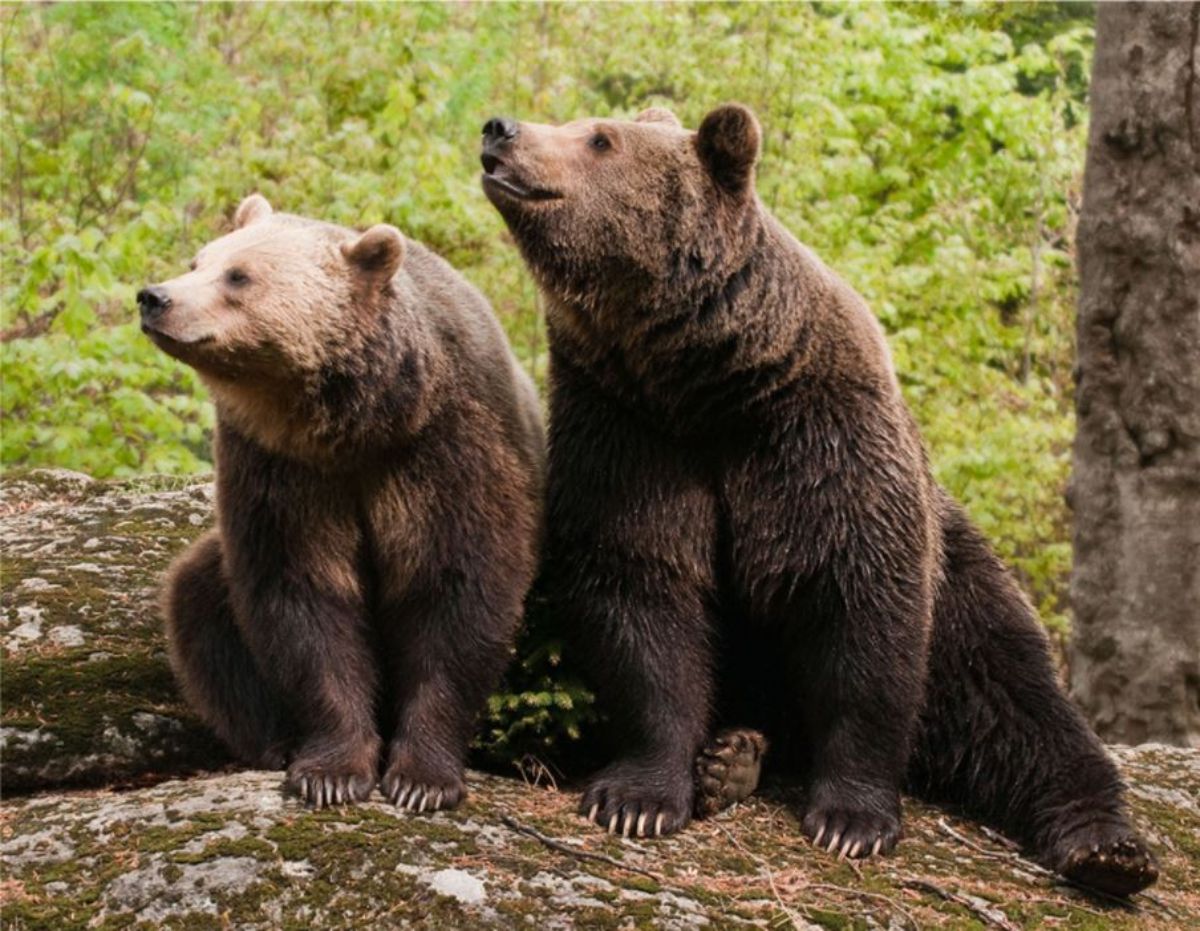 The sanctuary released a video of Gaika and Masha enjoying their new-found freedom and it is heart-warming. The two bears finally got to experience grass and soil under their feet after almost two decades of being trapped in a circus truck.

Gaika and Masha are finally free from the Russian circus that had trapped and enslaved them!

They have an enclosure at The Wild Animal Sanctuary, where they will live their lives after their rescue.

They are experiencing grass and soil under their paws for the first time. 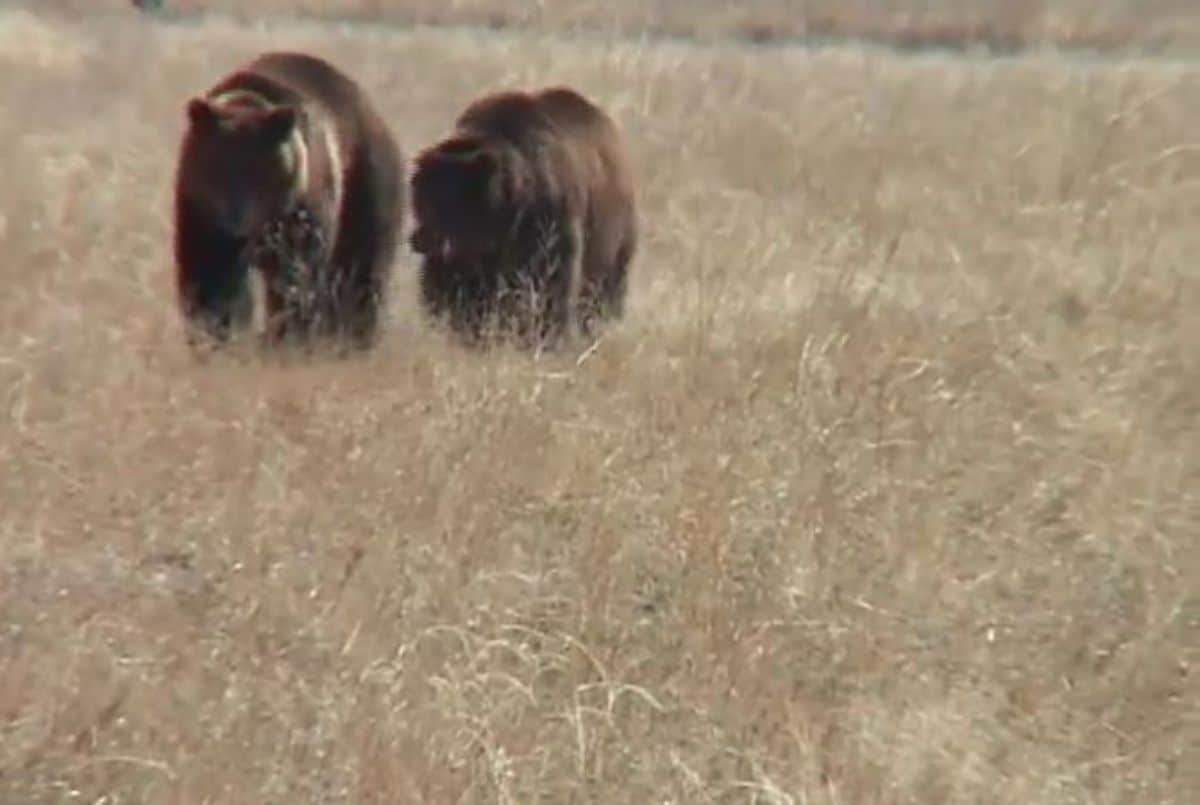 You can see that they are a little overwhelmed and confused.

But they are also so excited to have so much space to walk around in!

The two of them have each other for company and comfort after a long and difficult life.

They probably can’t be released back into the wild because they don’t have the skills to survive.

So this sanctuary will probably will be their permanent home. 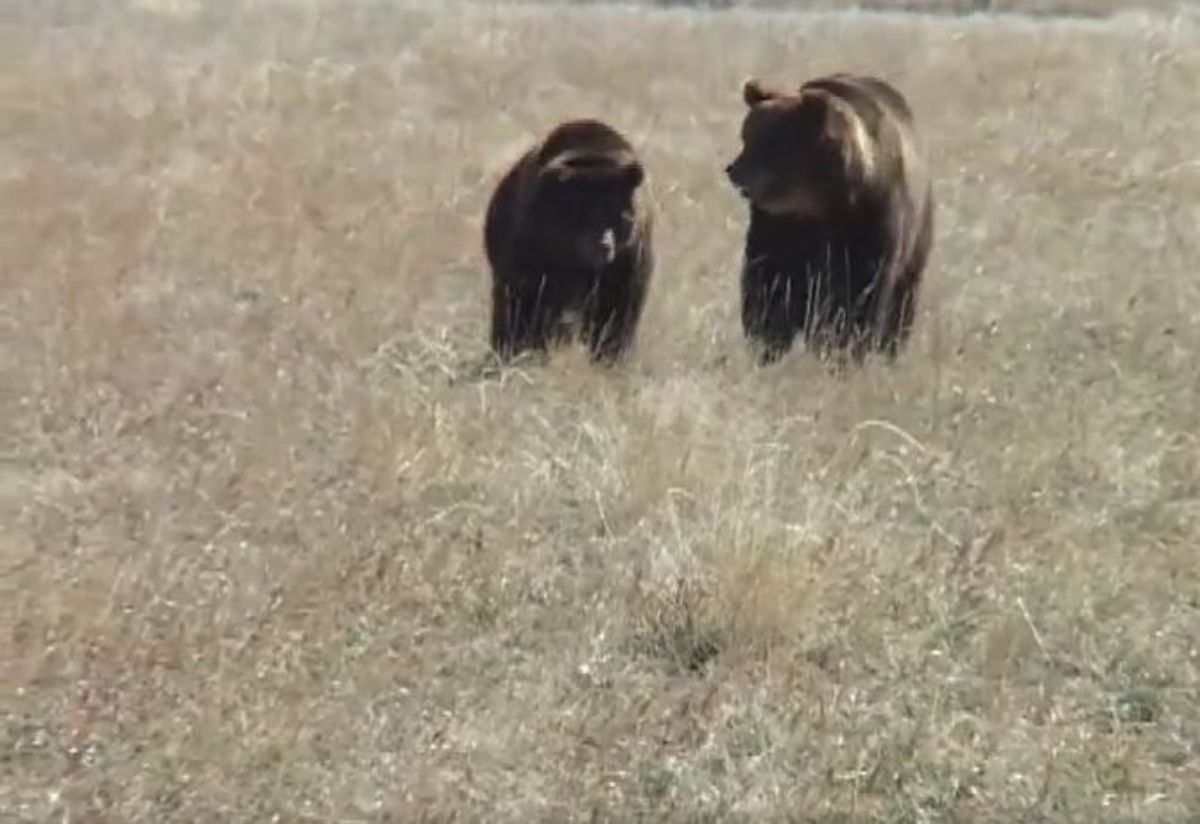 It’s so sad to hear of humans being so cruel to animals for their own entertainment. But it is good to know that there are some kind people in the world who are willing to do what it takes to help powerless and voiceless animals like Gaika and Masha. The Wild Animal Sanctuary has saved many exotic animals from the cruel pet and entertainment trade and will provide the best care possible for Gaika and Masha so that they can finally be happy and free.