Kindness can make this world a better place to live. Do one act of kindness daily and you will how happy you are after that. It is believed that if we practice kindness, we can experience positive mental and physical changes.The good thing about kindness is that it is not difficult to practice. Like this California-based vet whose kindness is winning hearts. His actions are restoring our faith in humanity.

His name is Kwane Stewart- the street vet, a very kind man that helps homeless people’s animals for free.For animals, it does not matter whether one is rich or poor. Their love is unconditional, but sometimes the pets of the homeless people suffer difficulty due to the lack of medical care when required.So to help these animals, came this real-life hero who decided to make life easier for these animals and their human companions.

This story began back in 2011 when he was scared by the growing numbers of homeless animals and at that time he decided that he had to do something about them. His mission was to help as many animals as possible.

According to Stewart, there was something about it that he loved and decided to take it to the street instead of waiting for them to come to him. And since then, the veterinarian has been walking on the streets of California to help. It does not matter how much he helped, the only thing which mattered is the joy he brings. 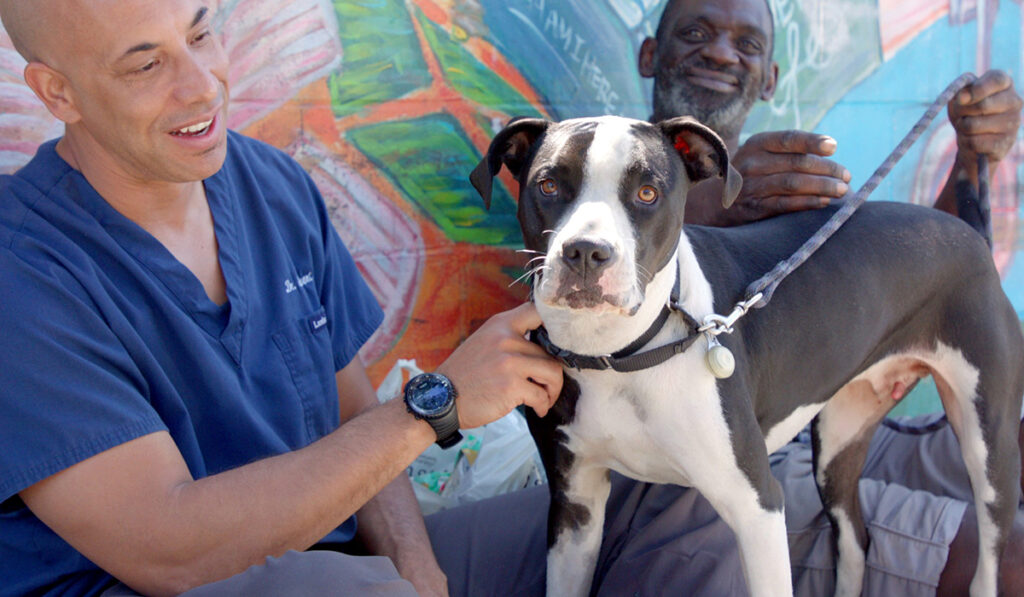 After these many years, Stewart treated over 400 animals, and that was also for free. Recently he created a GoFundMe page where other kind-hearted people can come and donate and help him in his mission.

According to Stewart, this experience helped him a lot and he started seeing the world from different eyes. Earlier he said that he had his own prejudgements about homeless people but when he started helping them, he came to know about their real situation. 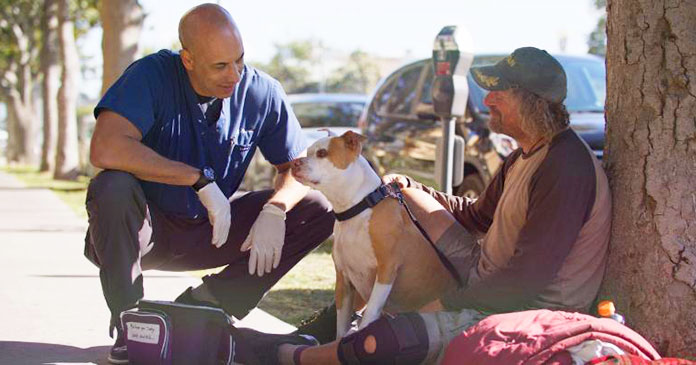 The vet says that he is greatly moved by these stories. He feels that homeless people look after their pets in a better way than most of us. They always make sure that their pet is well fed.

According to him, giving a little can make all the difference. Soon a TV show titled ‘The street Vet’ showing his incredible journey will air. Really this vet is making the difference. He will inspire many.