A veteran named David wanted a dog, so he went out and adopted a pit bull. He had no intentions of the puppy ever becoming a service dog, but little did David know at the time that the dog he just rescued was about to rescue him right back.David was just a guy who wanted a dog, but he didn’t want to go to a breeder or spend lots of money.

So he went to the shelter, and that’s where he found Bones. Something about the dog just spoke to him as if they were meant to be.Around this time, David’s PTSD started to get worse. He started to have bad panic attacks, but Bones somehow knew exactly what to do. He’d wake up his Dad in the middle of the night from nightmares and snuggle him to let him know everything would be okay.

He helped David turn his entire life around, and they made it their thing to go to deserts and go on other outdoor adventures together. 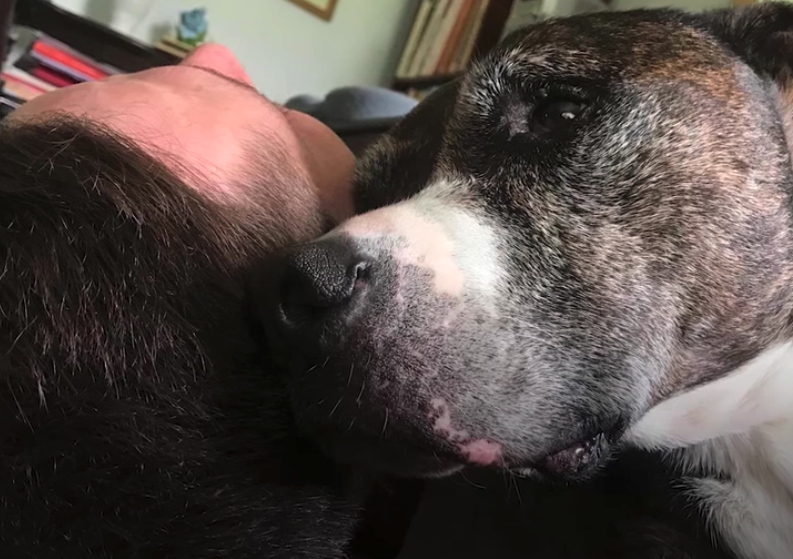 But then David got a scare. One morning, Bones woke Dad up to let him go outside as usual. But Bones got his leg twisted in the covers and seemed to pull something. Something was obviously wrong, so David took his dog to the vet. 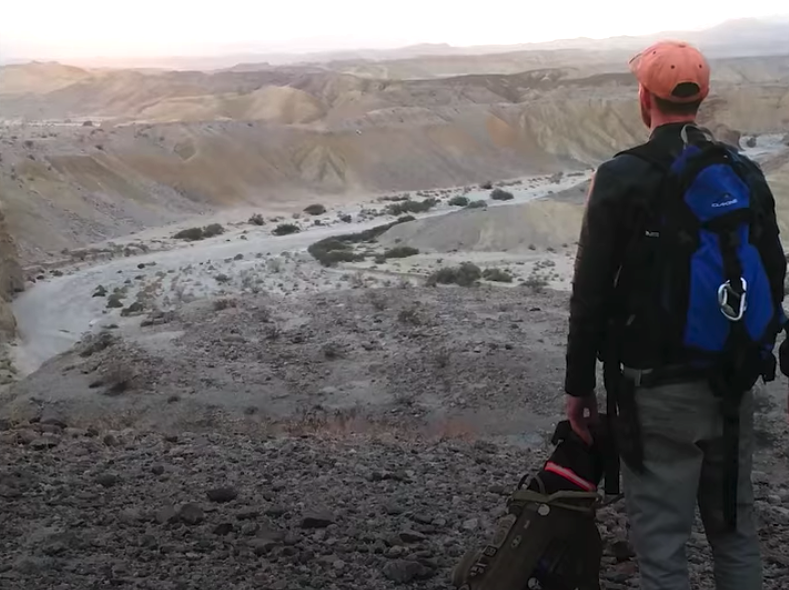 His world shattered when they broke the news that Bones had cancer in his leg. 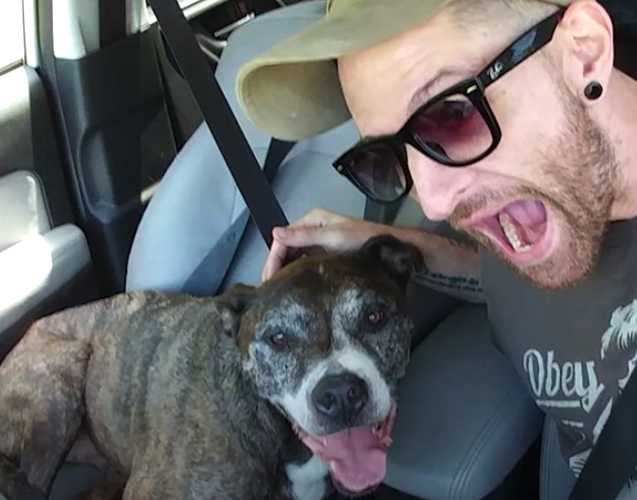 It was one of the worst moments of David’s life, and he didn’t know what he was going to do. But his friends started a GoFundMe behind his back and raised enough money to get Bones the surgery he needed. So they started the cross-country trip hoping it wouldn’t be their last adventure together. 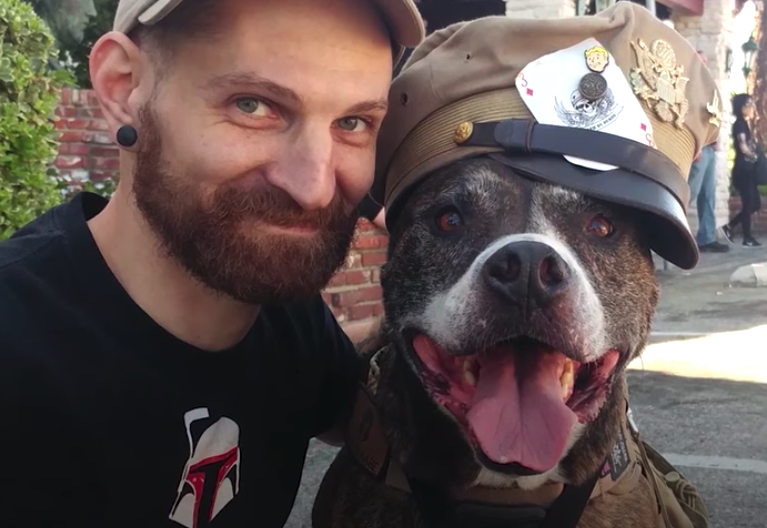 David later got the call that Bones’ surgery had been successful. He arrived to pick him up, and Bones literally ran up to his owner! The dog quickly relearned how to do everything on three legs, and they got back to their normal adventures. These two have been through everything together, and there’s not a thing that could ever tear them apart.