Clay Luthy grew up in a small town in central California. After 9/11 he decided to join the US Air Force and was then stationed at Dyess Air Force Base as a C-130 loadmaster where he transported cargo all over the world, including Afghanistan and Iraq.

However, after sustaining serious injury to his knees, he had to quit his budding military career. Clay worked as a handyman for 6 years until 6 months ago when doctors rebuilt his left knee, making him unable to kneel. Burdened with the need to find a job that would allow him to bring his service dog for “medical alert and mobility” purposes, he found kindness, and a new job, in an unexpected place.

Clay Luthy is a US Air Force Veteran with bad knees, struggling to find a job that would allow his service dog to be with him. 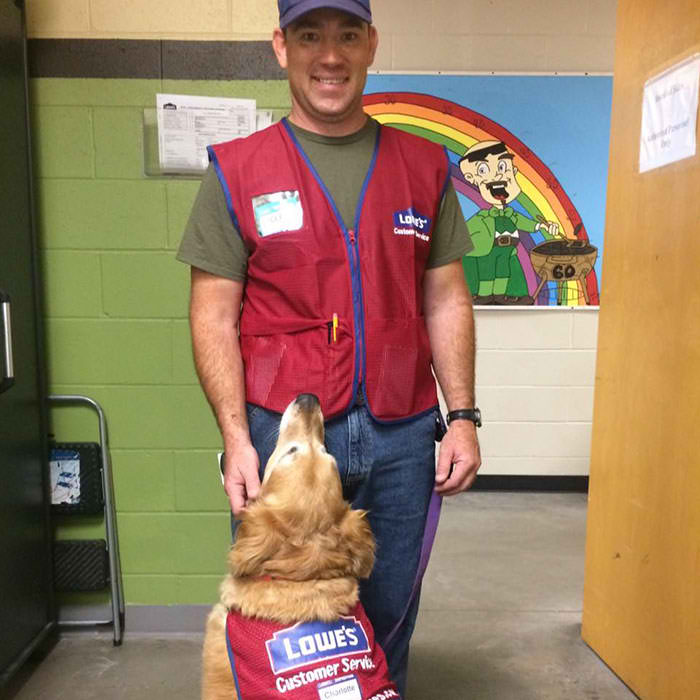 Thankfully, he was hired by hardware store Lowe’s along with his service dog named Charlotte. 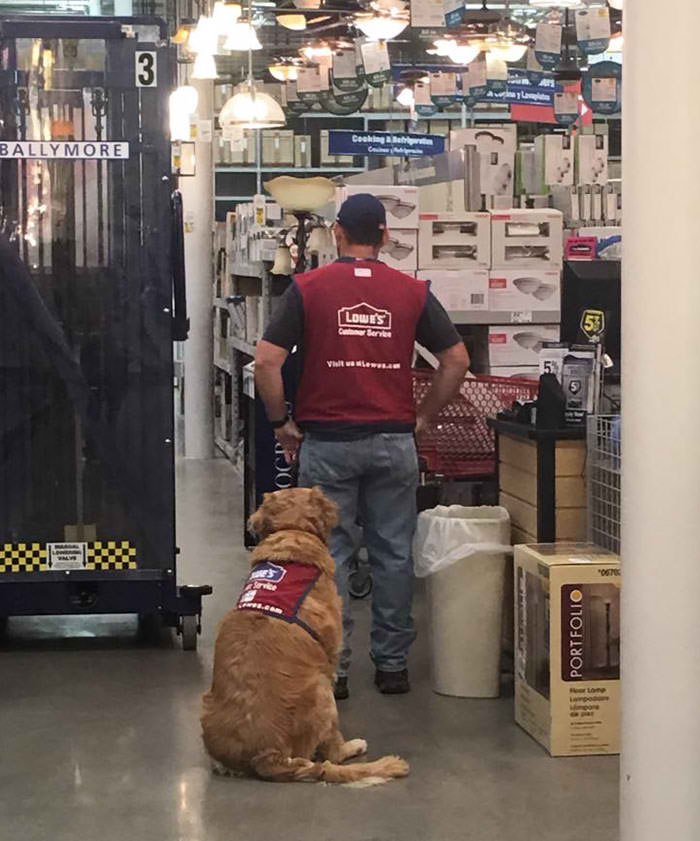 A Lowe’s shopper, Judy Rose, spotted them working, took a photo, and posted it on Facebook. 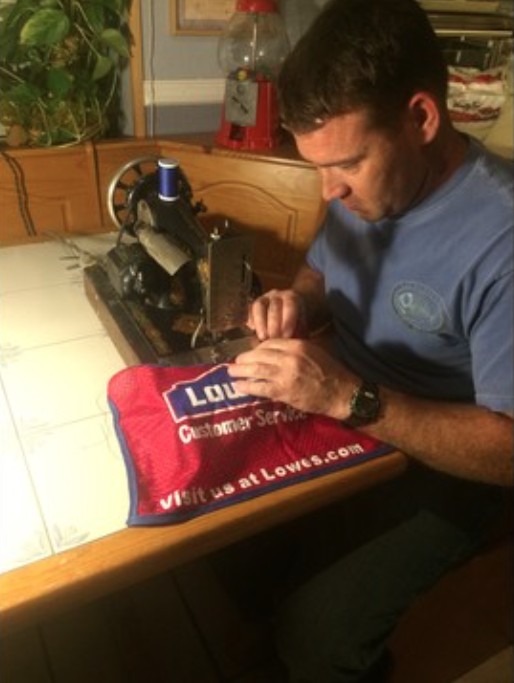