Perhaps this adorable German shepherd has watched too many of the post office’s commercials advertising flat rate boxes, “if it fits, it ships.”Not about to be left behind, this hilarious German shepherd from Nashville, Michigan decided to stuff himself into a puppy sized kennel rather than a roomy dog crate before going on a road trip.

While his owner was videoing, Denver the adorable floof jumped into the back of her SUV and squeezed into the kennel meant for another dog. Even though the 6-year-old dog is clearly spilling out of the much smaller dog crate, he refuses to budge when his owner asks him to.No amount of pleading with the determined pup works.

The most hilarious part is while his owner is laughing hard in the background she says, “I’m going to pee my pants!” followed by more loud giggles. 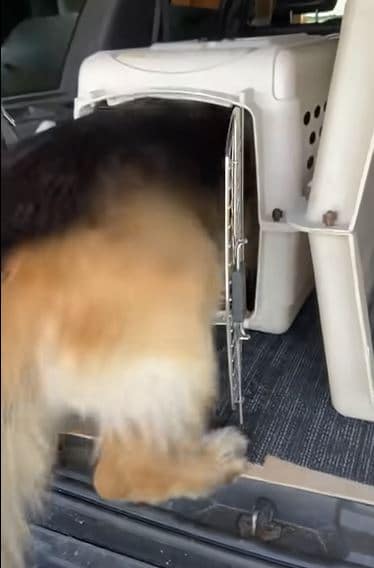 Mind made up, Denver looks pleased with his decision to ride in the cramped accommodations instead of a larger kennel. Despite having to twist himself into a pretzel to fit inside, he tries to play it off as if he’s truly comfortable in the tiny crate. 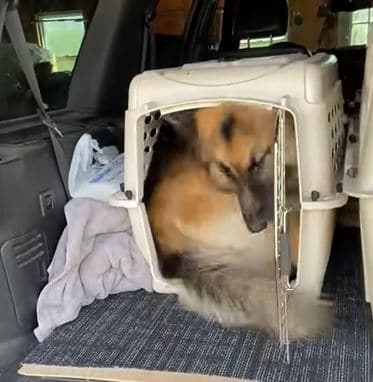 About this situation, his mom said:

“I was attempting to get my 2-year-old dog Hagen into the large kennel before I put my 10-week-old puppy Lorcan in her small kennel. Denver, my 6-year-old dog, decided to jump up into a kennel and clearly chose the wrong one,” Denver’s owner told Viral Hog about the hysterical blooper. 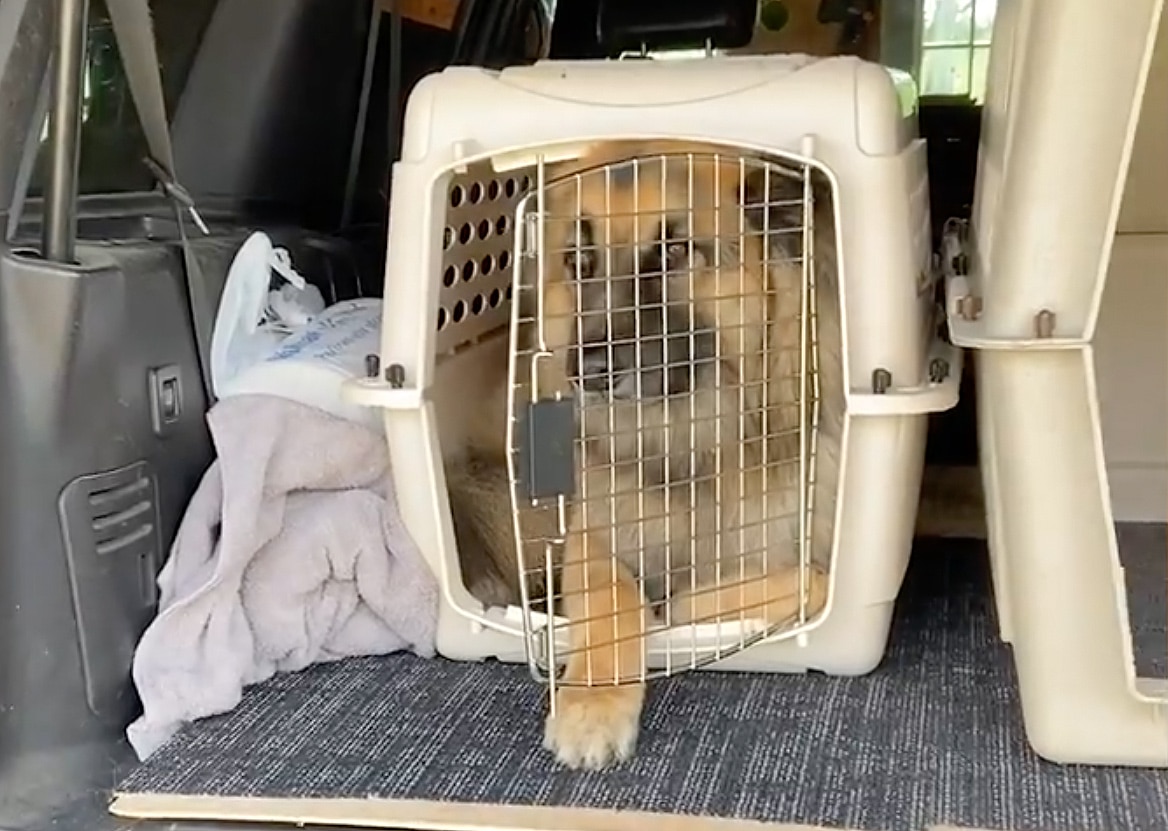 German shepherds are super smart so Denver must have known what he was doing when he chose the smaller crate. What he was thinking, we’ll never know but he sure brought a smile to a lot faces since the video of his antics went viral.