Golden retrievers were originally bred to help hunters retrieve ducks and other waterfowl after shooting them, but this charming pup is not interested in hunting.No, quite the opposite.Six-year-old McGee has become best friends with an affectionate duck who lives in a pond behind his house.McGee became friends with the duck, who McGee’s pet-dad has nicknamed “Daffy”, after Daffy randomly approached the friendly pup and insisted on hanging out with him.

McGee’s pet-dad, Evan Hastings, thinks that the wild duck was feeling lonely and thought that McGee seemed friendly.For whatever the reason, Daffy made sure to catch McGee’s attention and was not satisfied until the pup had agreed to become his best friend.McGee and the duck are now spending most days together.

In the mornings, McGee graciously shares his breakfast with Daffy, and then the pair snooze and sunbathe on the soft grass. 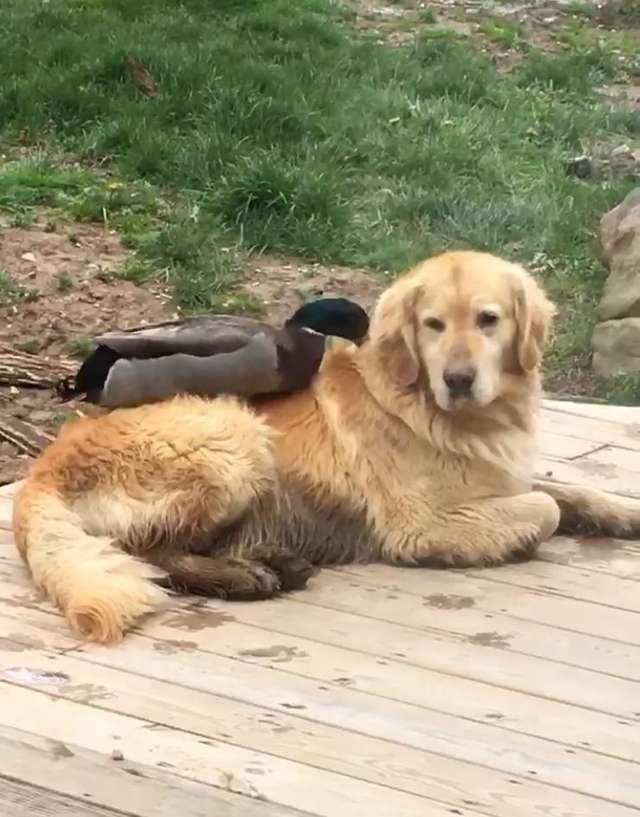 Or, in Daffy’s case, on the soft fur of McGee’s back.

Daffy is not only fond of snoozing on top of McGee’s back; he also loves riding on it while McGee is swimming in the pond.

Every night, Daffy and McGee swim around in the pond together and enjoy each others company, and when it is time to get out of the water, Daffy always wants to sit on McGee’s back and ride back up on the shore. 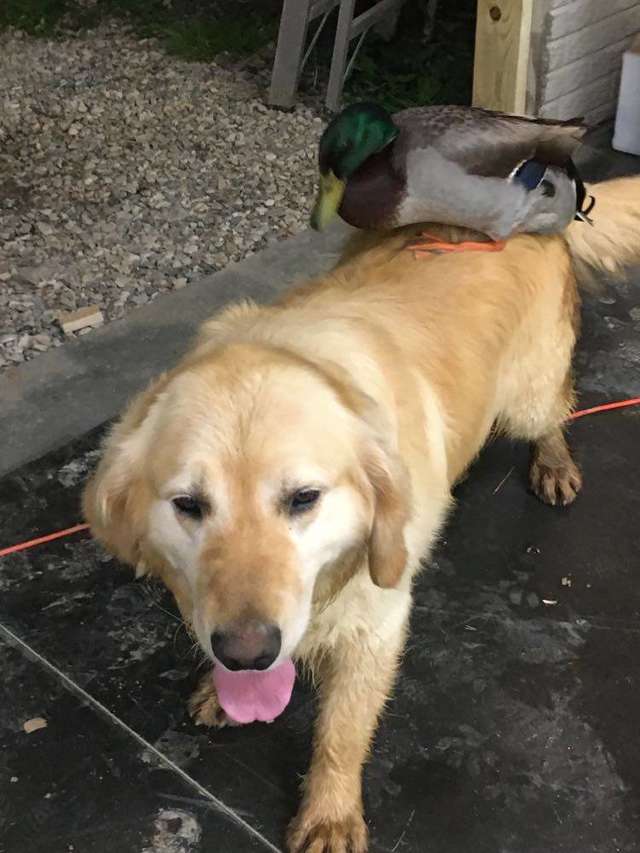 Overall, McGee does not seem to mind that Daffy is so clingy and demands so much attention.

Sometimes, Hastings thinks McGee does get a little annoyed, as the attention-seeking duck likes to peck at him, but McGee is incredibly patient with Daffy.

He’s clearly pleased to have made such a funny little friend and greatly enjoys their time together.

Their friendship is so sweet, and highly inspiring, and is yet another example of how pure animal friendships are. (h/t: thedodo)