You never know what life will bring your way. Sometimes the best things can come from the most unusual of situations. Such as what happened to this woman when she discovered that her car problem was caused by something totally unexpected!Lidiane Braga Carlos was out running some errands when, after making a stop in Campo Largo, Brazil, her car stalled and refused to start.

Frustrated and thinking that her busy day had just gone from bad to worse, she got out of her car and popped the hood.As she glanced under the hood, what she saw next took her by total surprise. Hoping to find an obvious mechanical problem, instead she saw a black and white dog smiling back at her.

Shocked, she was immediately concerned that the dog was hurt. “It was a big fright! Could you imagine a dog in the engine? I was so worried about whether he was hurt or not,” Lidiane said. 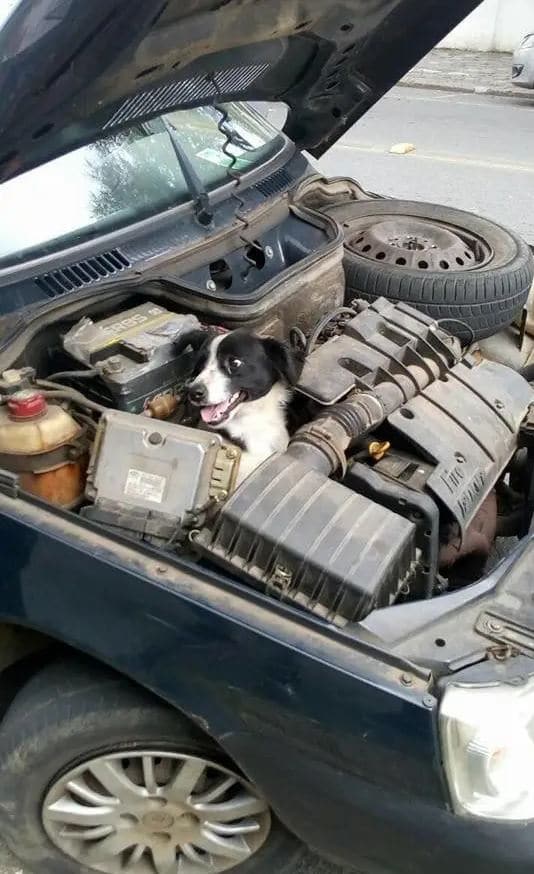 Lidiane immediately called the fire department for help but before they could get there, some passersby stopped to help and were able to remove the dog from the car engine area. As soon as she could, she rushed the adorable pup to the vet for a checkup. 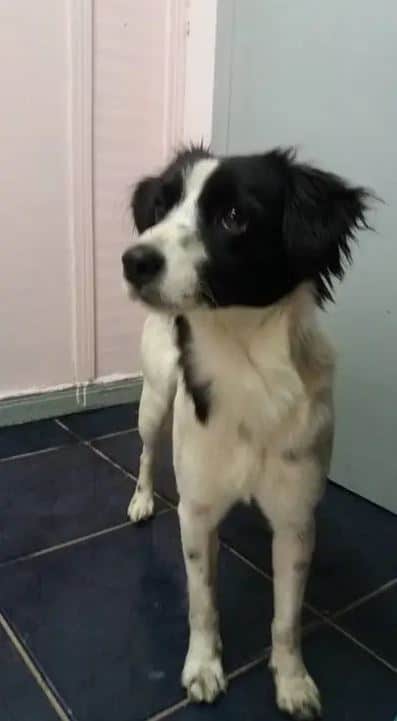 The dog was examined and found to be unharmed by the ordeal. Lidiane has no idea how the dog ended up under her hood or how long it was there. She is so thankful that it was not hurt.

She took the dog home to her family, who happen to be dog lovers and they are searching for the dog’s owner. However, they have already decided that since fate brought the sweet pup their way, if they can’t find the owners, they will adopt the cute dog. 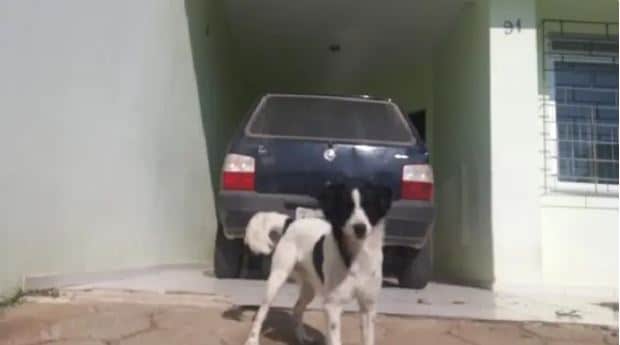 This story just goes to show how life is full of surprises. You never know what can come out of situations that at first seem frustrating. One thing is for sure in this sweet story, somehow that lost dog found its way under the right car, was kept safe despite all the danger it was exposed to, and now has loving people looking after it. The woman adopts sad pit bull. The dog can not stop hugging her