Spring is in the air and with it, all sorts of surprises. It’s the time of year when plants begin to sprout colorful blooms, the birds happily chirp in the trees, and rain showers and storms deliver much needed water to replenish the earth.Spring surprises are always a treasure and it’s also the season of rebirth. Butterflies leave the safety of their cocoons, baby birds hatch out from the protection of eggs, and precious fawn are born.

One very special spring surprise was recently discovered by a woman who shared her delightful story on Imgur. After leaving her backdoor open during a storm, she returned and discovered the most adorable sight:Three spotted fawn were cuddles up comfortably resting in her living room!

She shared, “I raise orphaned wildlife. Recently, the back door was open as a storm was coming. The deer were nowhere to be found. Went inside, was heading to the front door, only to see them next to an end table in the living room. Told them they could sleep in the house for the night because it was going to be nasty.” 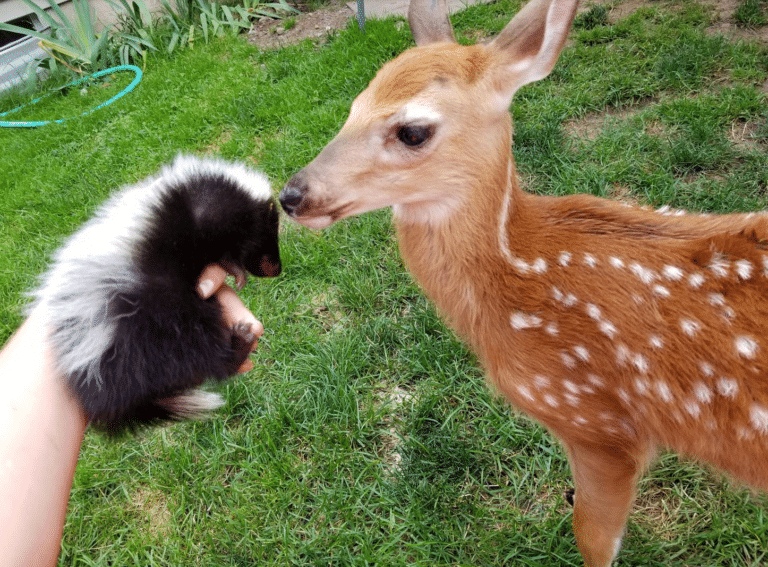 The deer not wanting to be out in the storm, sought the safety of the house and their rescuer. Not wanting the deer to suffer outside, she allowed them to spend the night in the house-safe, cozy, and warm. 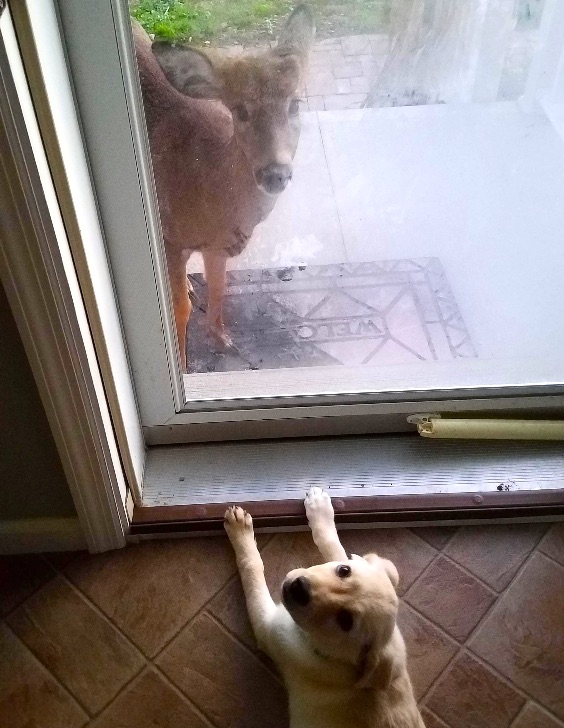 Amscolie wrote, “But how could you ever say no to a face like this?” 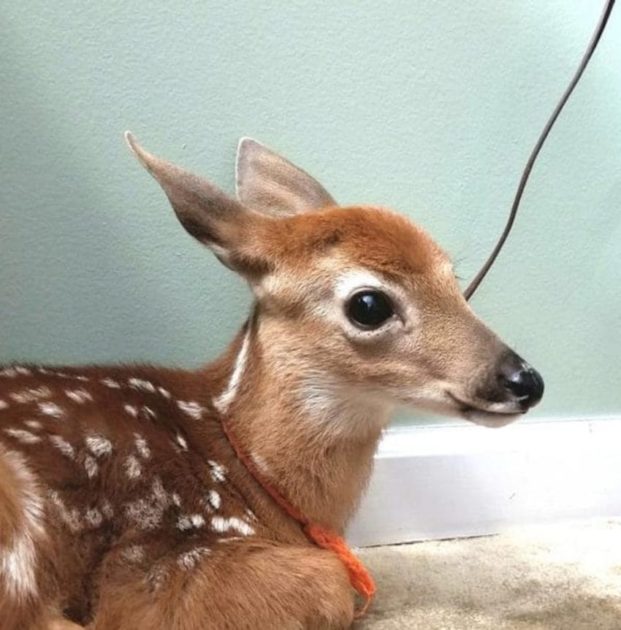 We agree, it would be impossible to look into those cute pleading eyes and put them outside in the storm. They are so sweet and seem so happy to be cuddling up on her living room floor. To be honest, it would be almost impossible to ever make them leave! 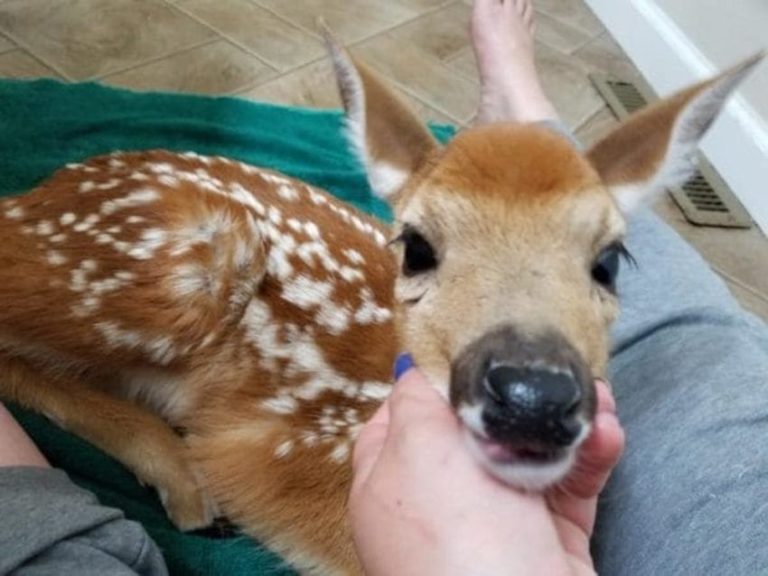