When it comes to choosing a good place to live, there are many options for us humans. Whether this is a big city or the country, there are options for us all.Amscoil chose to settle herself in the country, where she often sees wildlife running around her house.When a local storm was announced to take place, she did not just think of her own safety but also those of her garden guests.

Knowing the deer often come and go, she left her back door open.But to her surprise, something lovely and uncommon took place.The sweet deer she would usually see in her garden came into her home that night to take shelter and brought some friends.
One thing that Amscoil did not expect was to wake up with three deer in her home! She, of course, let them stay until they were safe to go back into the forest.

“Recently, the back door was open as a storm was coming. The deer were nowhere to be found. I went inside, was heading to the front door, only to see them next to an end table in the living room. 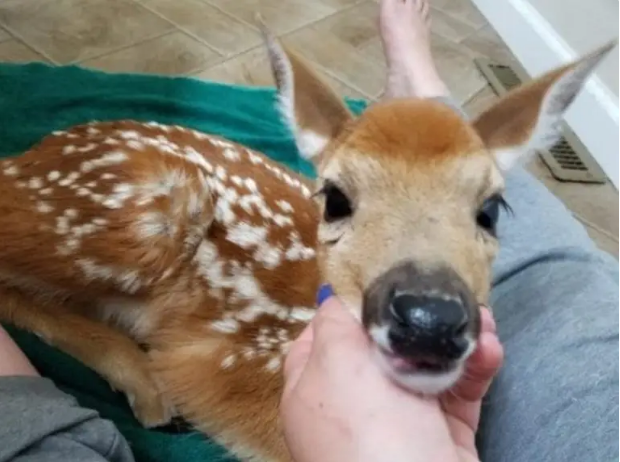 Told them they could sleep in the house for the night because it was going to be nasty,” Amscoil wrote in one of her social media posts.

The three slept comfortably, and they gave her lots of kisses as if they were saying thank you for letting them stay the night.