Tia Belton was arriving home from work one day and was excited to get inside to see her dog, Reese. As she pulled up to her apartment, she noticed something shocking — Reese all alone outside, sniffing around a dumpster. Belton was immediately livid and had no idea how Reese had managed to get out of the apartment.

“I was distressed — my Reese never wanders off and doesn’t particularly enjoy running outside,” Belton told The Dodo. “Our apartment complex dumpster is not near my apartment at all. She normally just lays in the sun, so for her to be sniffing around the dumpster was too much for me.”

Belton called for Reese, and she came running over to the car immediately. She jumped in and Belton parked and then carried Reese up to the apartment. She was still feeling a little annoyed at Reese — when she opened the door and saw Reese already inside waiting for her. 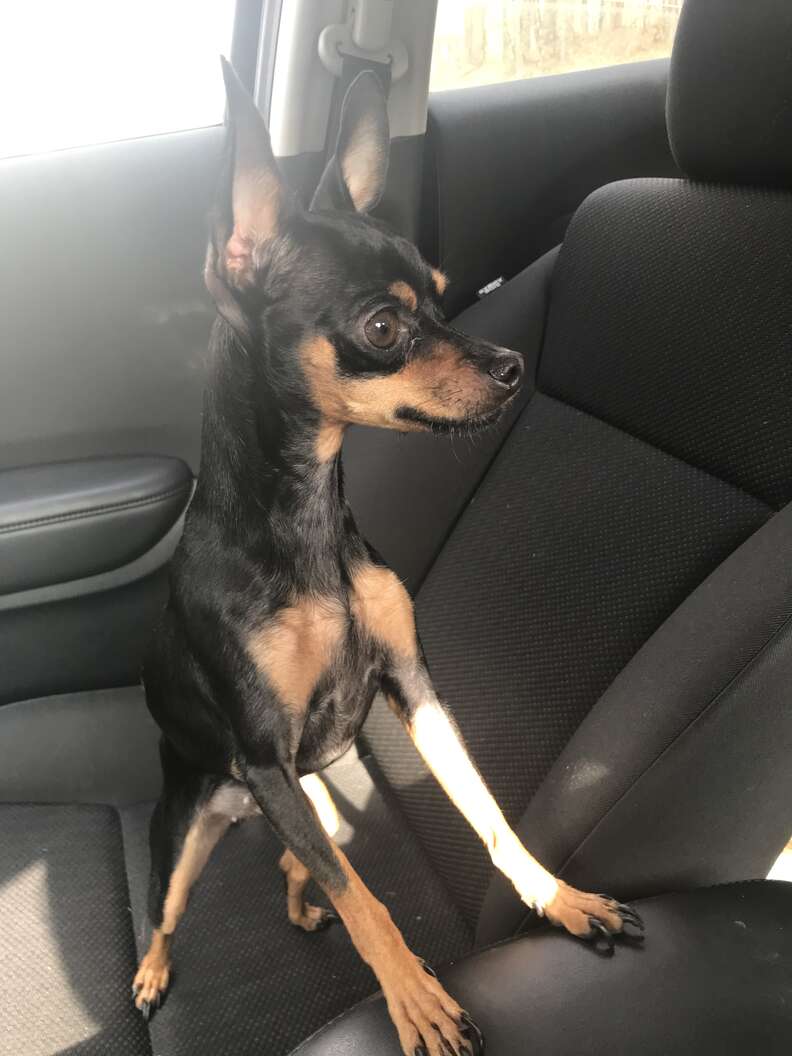 Belton looked at the dog in her arms who was not Reese but looked exactly like her and quickly realized her mistake. The mystery dog, who she later figured out is named Bella, didn’t seem to mind the mix-up at all.

“I was shook and embarrassed. How dare I not recognize my own baby?” Belton said. “Bella just hopped on my couch with Reese like it was the parent trap or something.” 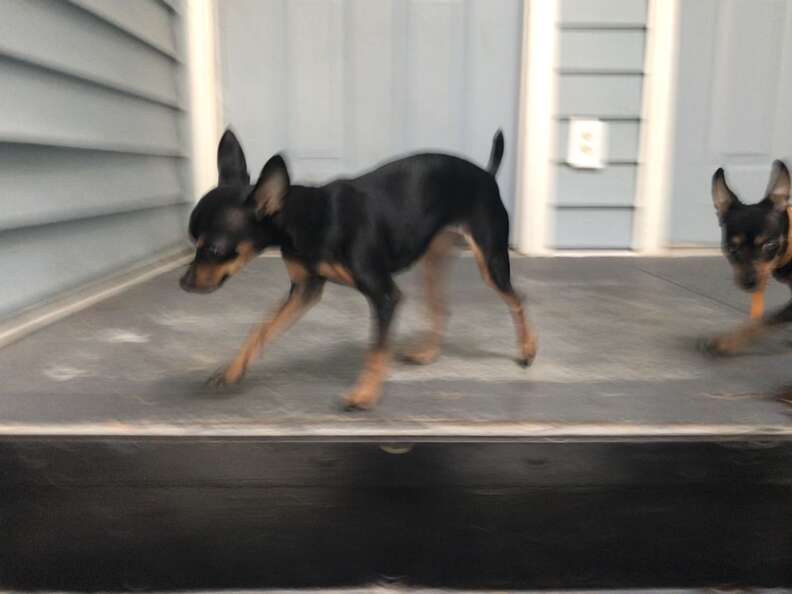 Reese was definitely a little confused as to why her mom had brought home her twin and honestly wasn’t impressed, while Bella made herself right at home. As cute as Bella was and as much as she looked exactly like Reese, Belton knew it was very possible she’d gotten lost and had a family out there somewhere looking for her, so she quickly set about trying to find them. 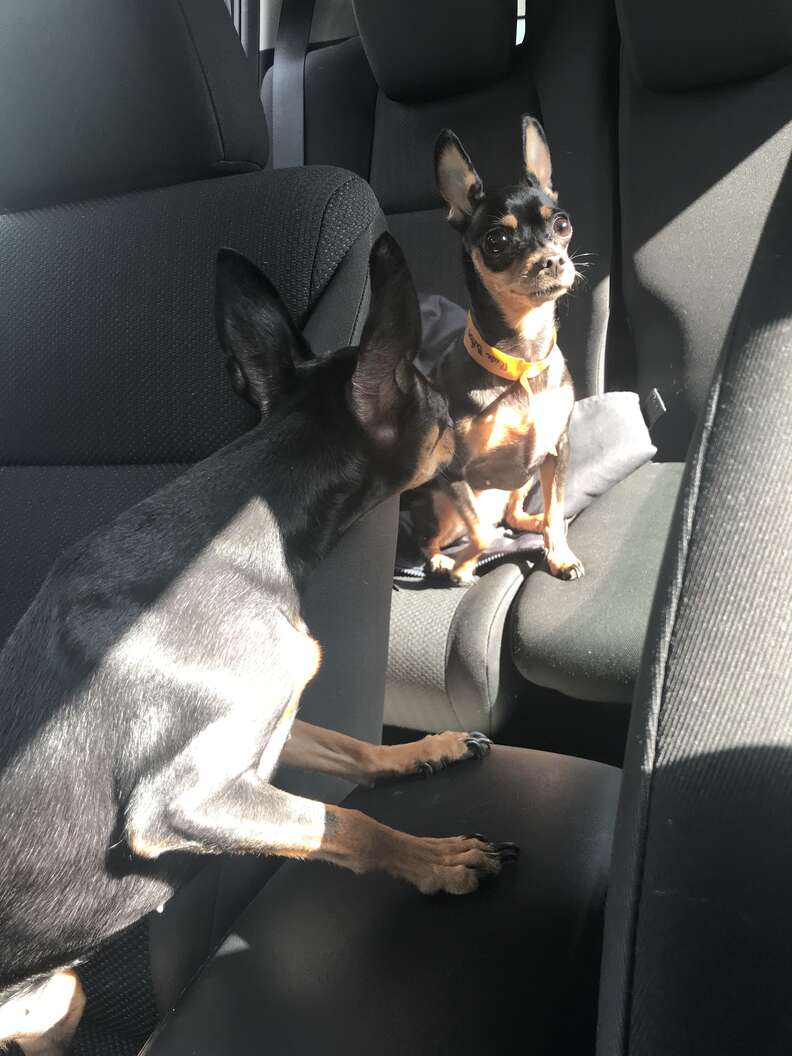 Belton put up posters and drove around with Reese and Bella and did some searching, and after three days, Bella’s family reached out to her. Belton and Reese said goodbye to Reese’s unexpected twin, and the sweet little dog was reunited with her family. The mystery of the look-alike dog had been solved, and Belton left the experience with one very important lesson.

“Having Bella and Reese made me think Reese may need a sibling soon,” Belton said.