Creature comforts are important for pups as well as their humans. We all like our ‘stuff’ and to pick out our favorite comfy spots in the house is especially important, even for this opinionated husky.Rarely do dogs get to pick out their own furniture. Usually, it arrives in a box and whatever is inside will have to be good enough.

Some dogs are lucky enough to go to the pet store and pick out their new furniture, such as a new bed. Apparently, that is what this husky named Zeus should have done because how he reacts to his new present probably isn’t what mom expected.The scene – mom gives Zeus a brand-new bed to use upstairs. What a lucky pup to have such a great mom who wants him to be comfortable wherever he is.

His mom probably put a lot of thought into her choice, too.

However, if she was expecting her adorable husky to be happy with her choice, she’s about to be disappointed. When mom asks him what he thinks of the new bed and he checks it out, sniffing and walking on it. He paws it a little, clearly wondering if it’s worthy of him sleeping on it. 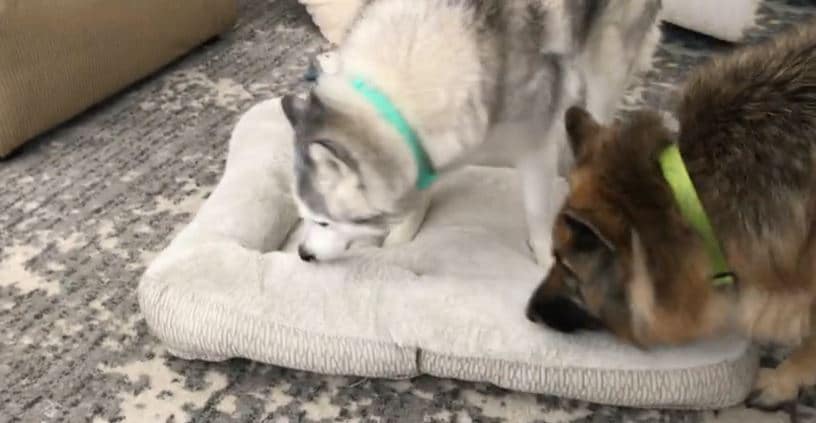 When mom asks this question, she receives the most hilarious response, ever. Zeus just stares at her, clearly baffled that THIS bed was given to him. What was mom thinking? This is clearly not a Zeus-worthy bed. 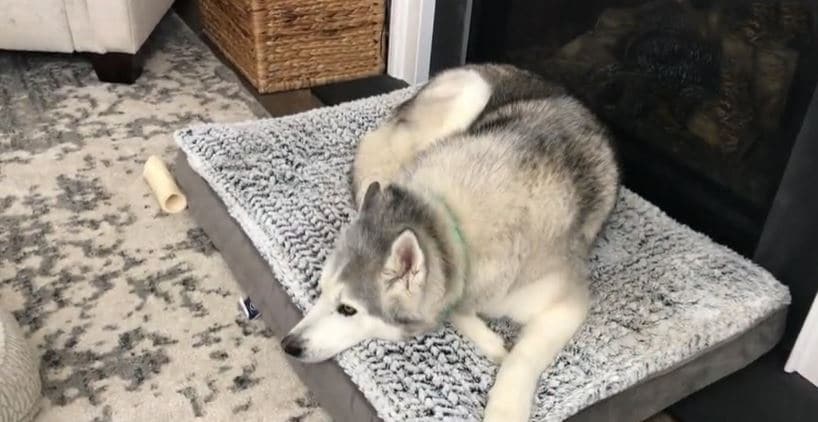 To further drive his point home, he goes to his old bed, turns a few circles, and then collapses on it. That’s when things really get funny. He starts complaining about his new bed! He’s telling mom he’s not a happy boy. 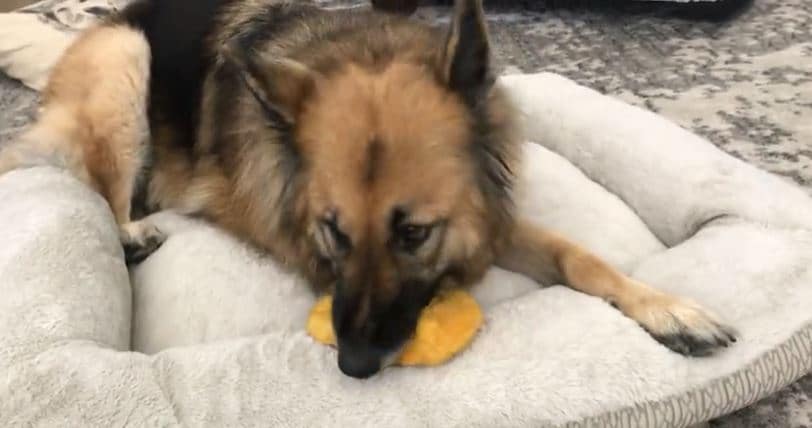 His German shepherd brother, Kaden, is watching the entire exchange. Score! He goes and gets a toy and makes himself comfortable on the new bed. What’s not good enough for Zeus is clearly good enough for Kaden. 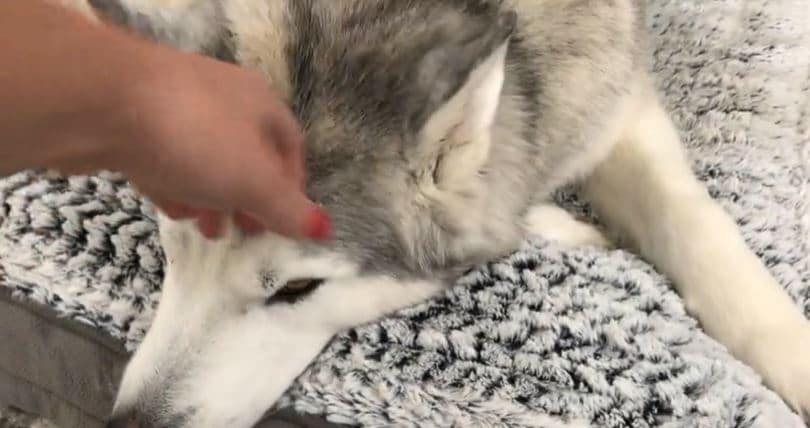 Looks like Kaden has a new comfy bed. But don’t worry, mom promises to get the “diva” Zeus another bed-we just hope he likes it better than this one.